The Pterosaur Zhenyuanopterus longirostris was described from a single specimen from the Early Cretaceous Yixian Formation (part of the Jehol Biota) from a site in Beipiao County in western Liaoning Province in 2010. It is a large Pterosaur with an elongate skull with a large number of teeth (about 160), powerful wings and week hindlimbs. The original specimen was almost complete, lacking only a portion of the tail.

In a paper published in the journal Acta Geologica Sinica in February 2014, Teng Fangfang of the Xinghai Paleontological Museum of Dalian, Lü Junchang of the Institute of Geology at the Chinese Academy of Geological Sciences, Wei Xuefang of the Cores and Samples Center of Land and Resources of the China Geological Survey, Hsiao Yufu of the Geoscience Institute of the Chinese Culture University and Michael Pittman of the Vertebrate Palaeontology Laboratory at the Department of Earth Sciences at the University of Hong Kong, describe a new specimen of Zhenyuanopterus longirostris, from the same locality as the first.

The new specimen is considerably smaller than the first, slightly over half its size, and is presumed to be immature (unlike Birds, which reach full size rapidly, then learn to fly, Pterosaurs appear to have been able to fly before reaching physical maturity, and to have taken a number of years to reach their full size). The skeleton is incomplete, and largely disarticulated, but the tail and hindquarters are intact. 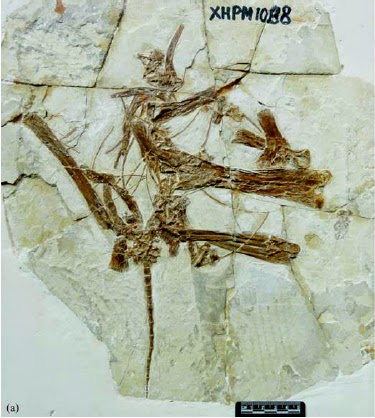 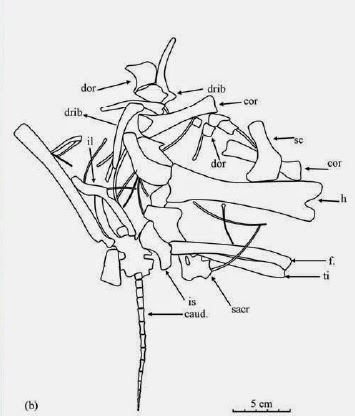 The new specimen provides additional information about the growth and development of Zhenyuanopterus longirostris. This suggests that powerful wings are a feature which developed early in the species, while the hindlimbs were never well developed. Zhenyuanopterus longirostris does not appear to have been well adapted to life on the ground, presumably spending most of its life on the wing, or at very least suspended on trees or cliffs. 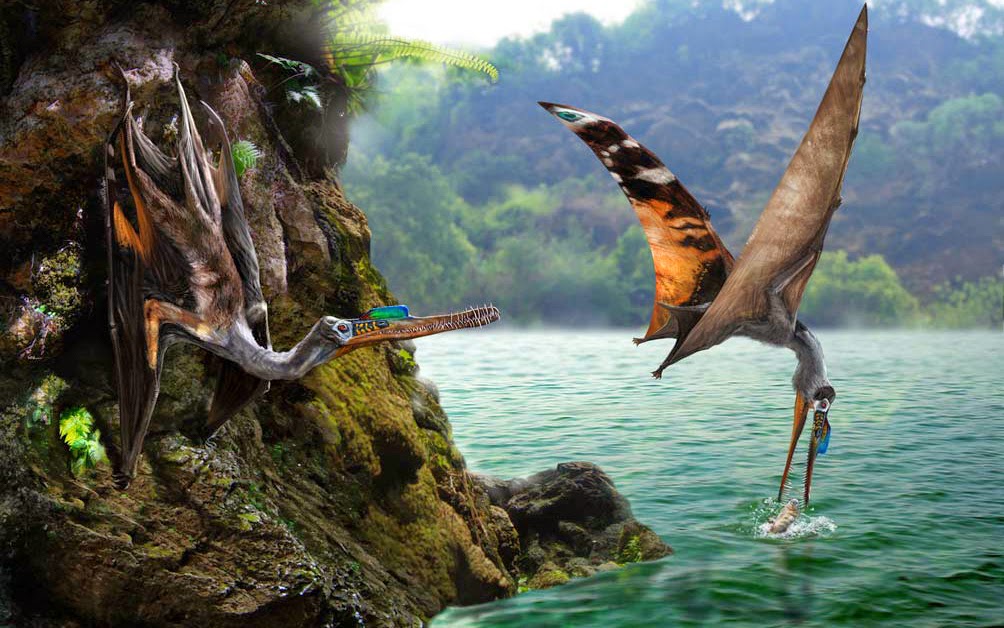 A fossil Pterosaur from the Early Cretaceous of Liaoning Province, China.

Among the many remarkable fossils of the Jehol Biota Lagerstätte of northeast China a number of well preserved Pterosaurs have been discovered. One of these, Feolongus youngi, from the Yixian...

A new Pterosaur from the Early Cretaceous Jiufotang Formation of Liaoning Province in northwest China.

The Pterosaurs were an extinct group of flying Reptiles...