Brown Dwarfs are curious objects, intermediate between stars and planets. They lack the mass to fuse hydrogen in their cores like true stars, but are massive enough to fuse deuterium (a heavy isotope hydrogen, containing one proton and one neutron in its atomic nucleus), unlike planets. Brown Dwarfs therefore emit light in the infrared part of the spectrum, rather than simply reflecting light like a planet; though Brown Dwarfs within systems with true stars may reflect more light than they emit.

In a paper published in The Astrophysical Journal Letters on 21 April 2014, and on the arXiv database at Cornell University Library on 25 April 2014. Kevin Luhman of the Department of Astronomy and Astrophysics and Center for Exoplanets and Habitable Worlds at The Pennsylvania State University, describes the discovery of an exceptionally small and cool Brown Dwarf 7.175 light years from Earth.

The Brown Dwarf was initially discovered during the Wide-field Infrared Survey Explorer (WISE space telescope) survey, which repeatedly scanned the entire sky at infrared wavelengths between 7 January 2010 and 1 February 2011, showing up as a dim but discernible object moving between frames (a sign of an object close enough that its apparent position is changed by the Earth's motion around the Sun. This prompted follow-up surveys by the Spitzer Space Telescope's Infrared Array Camera on 21 June 2013 and 20 January 2014, which confirmed the existence of the object, which was named WISE 0855–0714 (from the WISE space telescope, plus a set of coordinates). 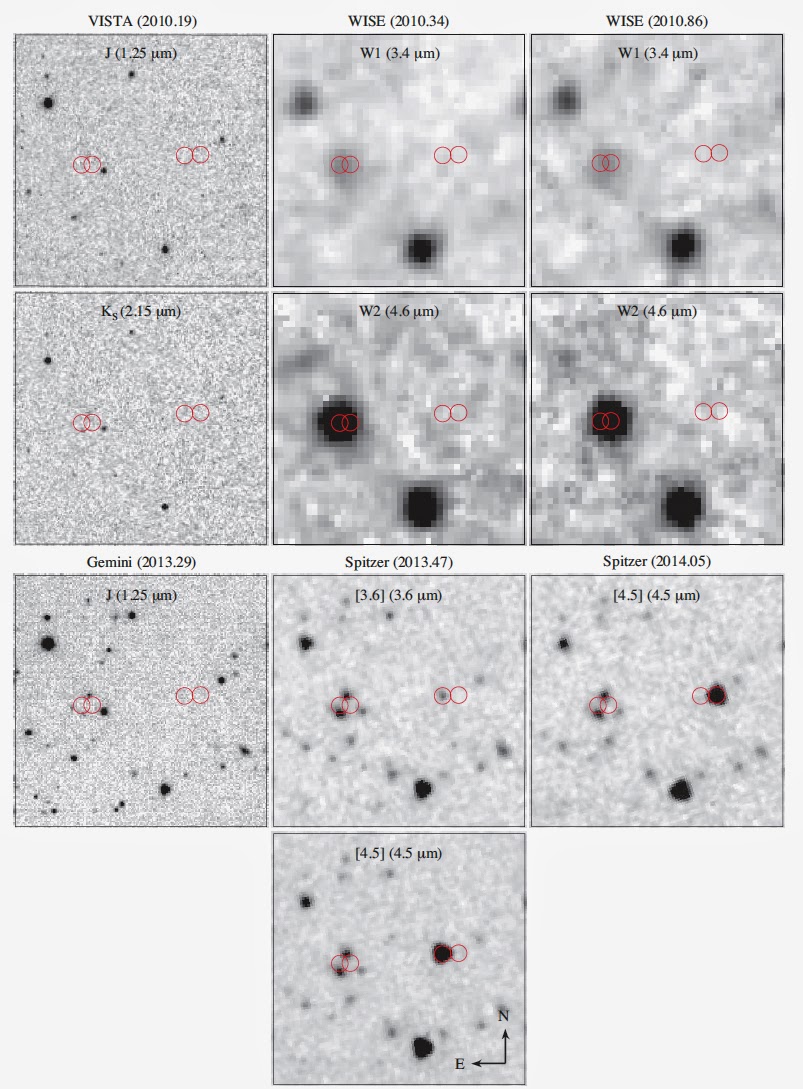 Images of WISE 0855−0714 from VISTA, WISE, Gemini, and Spitzer. In the WISE images, WISE 0855−0714 is a blend of a moving object that dominates at W2 and two stationary sources that likely dominate at W1. The circles indicate the positions of the moving component in the WISE and Spitzer images; it is not detected by VISTA or Gemini. The size of each image is 1′ × 1′. Luhman (2014).

It has an estimated surface temperature of just 225–260 K (between -48°C and -13°C) and a mass 3-10 times that of Jupiter (making it possible that it is a giant planet rather than a small Brown Dwarf, though Luhman concludes this is unlikely due to its heat emissions) and is probably between one and ten billion years old. Luhman suggests that the surface of WISE 0855-0714 might have clouds of sulphides, alkali salts and water ice covering half its surface. 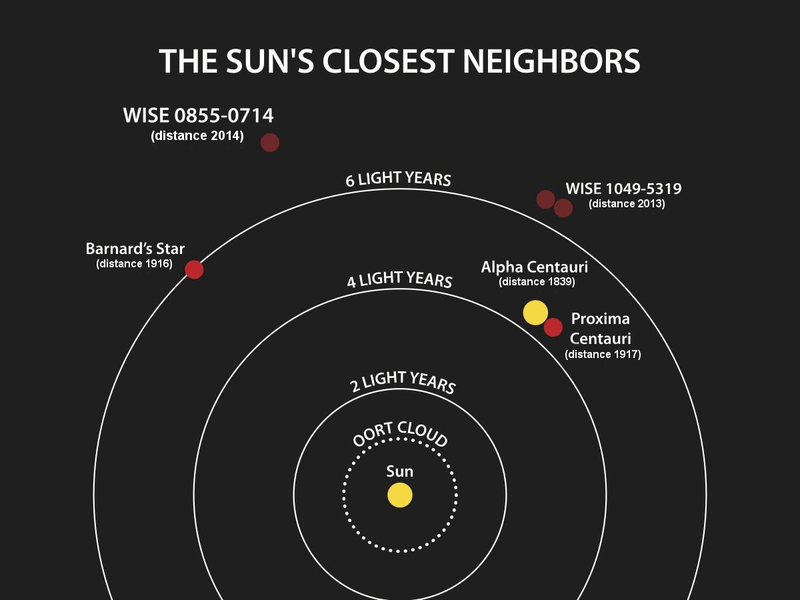 A fourth body in the KOI-13 system. 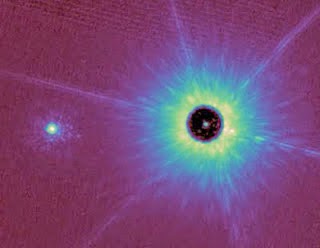