A meteor estimated to be 60 cm across and to weigh in excess of 225 kilograms was observed over southwestern Pennsylvania early in the morning of Tuesday 17 February 2015. Scientists at the Allegheny Observatory were able to image the meteor at about 4.50 am local time as a bright fireball moving across the sky at an altitude of about 95 km, and witnesses from across a wide area reported hearing sonic booms and seeing bright lights to the American Meteor Society. 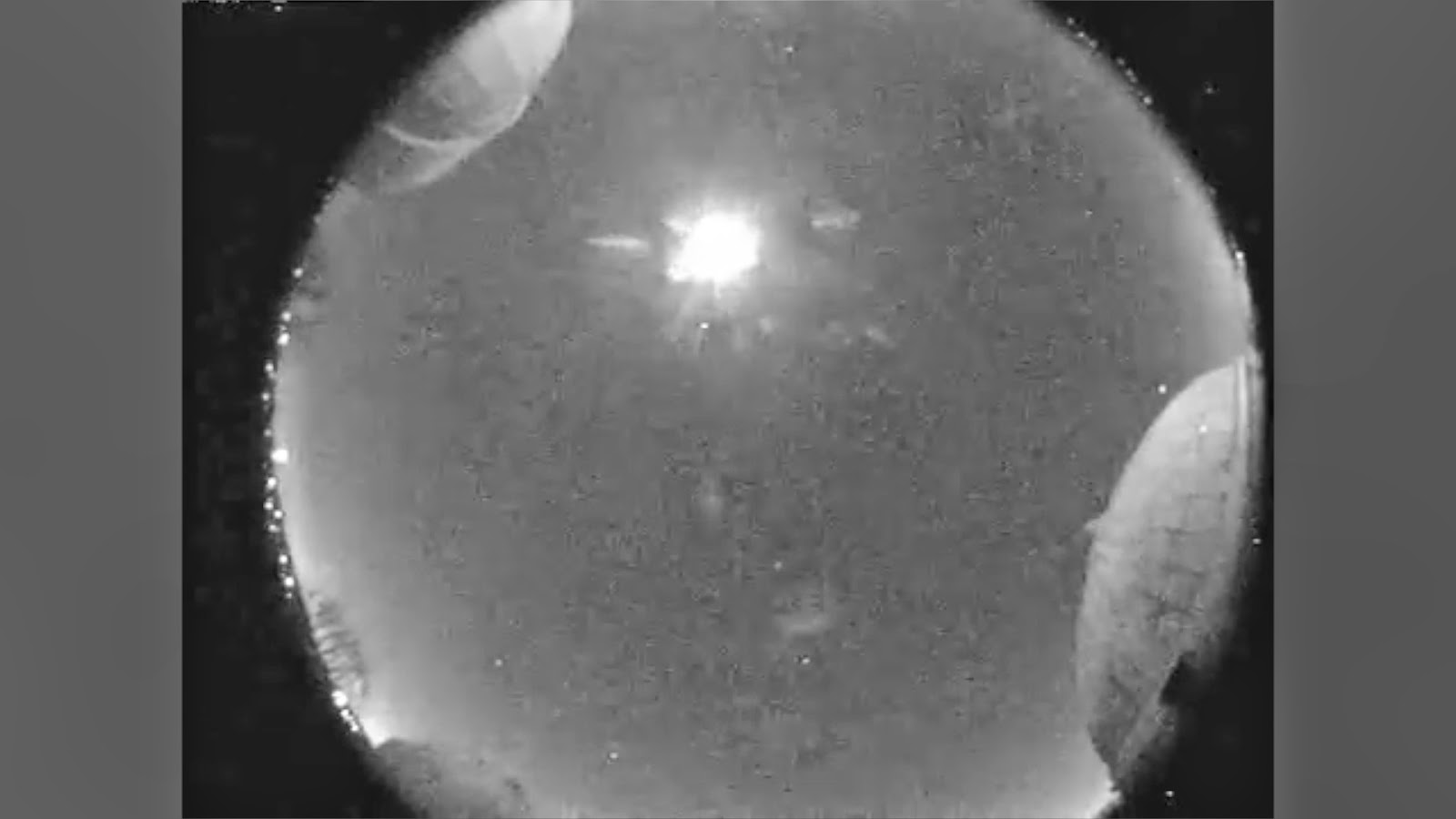 Image of the 17 February 2015 Pennsylvania fireball captured by a camera on top of the Allegheny Observatory at the University of Pittsburgh. Washington Post.

Objects of this size probably enter the Earth's atmosphere several times a year, though unless they do so over populated areas they are unlikely to be noticed. They are officially described as fireballs if they produce a light brighter than the planet Venus. It is possible, though unlikely, that this object will have produced meteorites that reached the surface (an object visible in the sky is a meteor, a rock that falls from the sky and can be physically held and examined is a meteorite), though most meteorites come from larger objects that penetrate further into the atmosphere before exploding, and therefore have a better chance of producing fragments that reach the surface.
On this occasion the meteor is likely to have exploded more than 50 km above the ground, but is thought to have been dense enough that material may have reached the ground, probably in an area about 3 km wide by  15 km long to the south of the Redbank Creek in Armstrong County, close to the village of Templeton.

Witness reports can help astronomers to understand these events. If you witnessed this fireball you can report it to the American Meteor Society here.
See also...

Is the occurrence of multi-kiloton impact events on Earth truly random?                             In 1984 palaeontologists David Raup and Jack Sepkowski of the Department of Geophysical...
Follow Sciency Thoughts on Facebook.
Posted by Joe Bauwens at 16:04