Sesarmid crabs of the genus Geosesarma are large, often colourful, fully terrestrial Crabs found in Southeast Asia and Indonesia. In recent years they have been traded in the international aquarium trade under the name ‘Vampire Crabs’ (which is fanciful, the Crabs do not drink blood but feed largely on small Insects etc.), with several species unknown to science appearing in the aquarium trade. The origin of these has been hard to track down, with dealers claiming they originate from Sulawesi, Java, Krakatau (highly unlikely since Krakatau is an active volcanic island with no fresh water supply, which has been completely resettled by wildlife from outside following the destruction of the island by a violent eruption in the late nineteenth century, and its subsequent re-appearance) or the Riau Islands.

In a paper published in the Raffles Bulletin of Zoology on 16 January 2015 Peter Ng of the Lee Kong Chian Natural History Museum at the National University of Singapore, Christoph Schubart of Zoology and Evolutionary Biology at Universität Regensburg and Christian Lukhaup of Bittenfeld in Germany describe two new species of Vampire Crabs from Central Java, both of which have previously been encountered in the aquarium trade.

The first new specie described is named Geosesarma dennerle, in honour of the German company Dennerle, who supported Christian Lukhaup’s studies in Java. The Crabs have squarish bodies, a little wider than long, with the largest male located having a carapace 14.4 by 14.0 mm and the largest female 13.5 by 11.8 mm. They have a very distinctive colouration, with the front half of the carapace and legs being violet or purple and the rear of the carapace being cream or yellowish white. The crabs were found living on the slopes of a small valley, between rocks and in dense vegetation. The species has also been found being traded in Germany under the names ‘Vampir Vampirkrabbe’ and ‘Blaue Vampirkrabbe’. 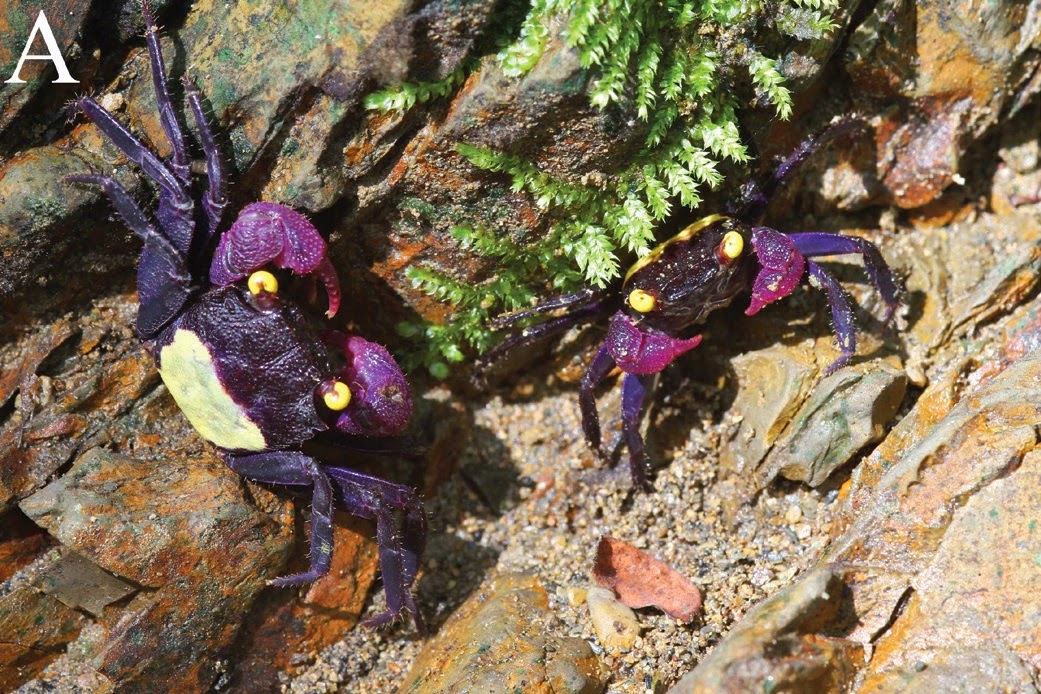 The second new species described is named Geosesarma hagen, in honour of the Rolf C. Hagen Group of Companies, who are a major pet supplies group in Germany, and who supported both Christian Lukhaup’s studies in Java and subsequent work on the Crabs by Christoph Schubart. These Crabs are also squarish and wider than they are long; the largest male found had a carapace 13.9 by 13.3 mm, while the largest female was 14.5 by 13.4 mm. This species also has very distinctive colouration, with the front of the carapace and walking legs being brown while the rear of the carapace and claws are bright orange or yellow. This species has been traded in Germany as ‘Rot Vampirkrabbe’. The Crabs were found living in a Banana and Rubber plantation on the side of a small hill, about 300 m from a road. 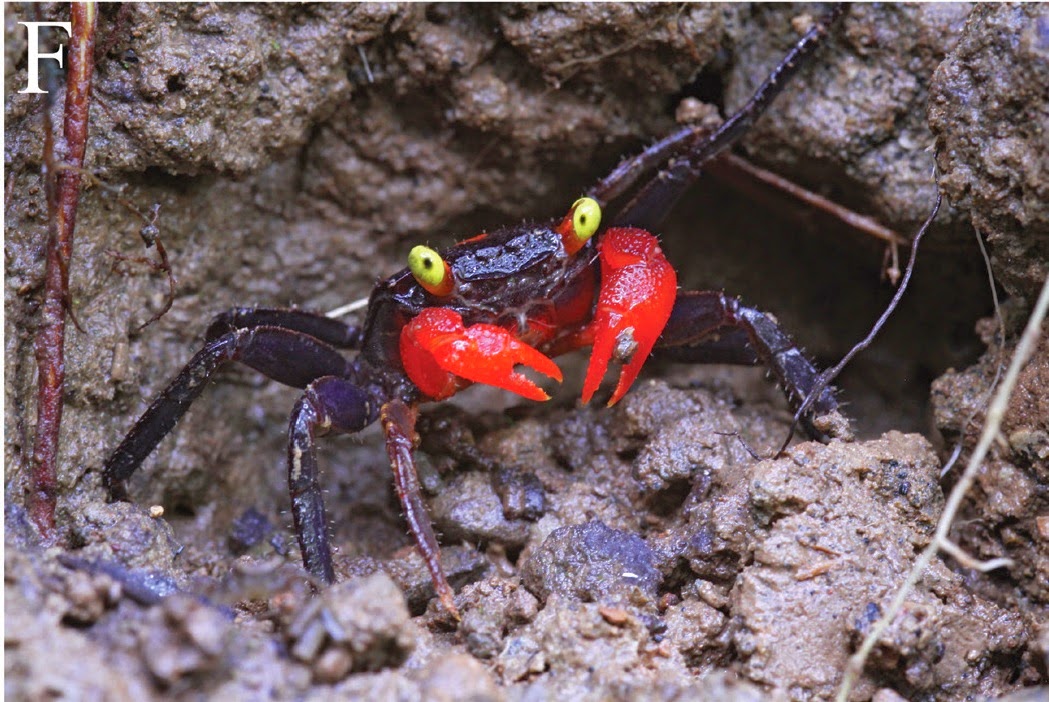 Ng et al. also note that both species are apparently being heavily collected for the aquarium trade, and that local people report that they have become scarcer in recent years. This strongly implies that they are being collected in an unsustainable way, and that if this persists it will be necessary to develop a conservation management plan for these Crabs, probably involving a captive breeding program. They also note that the conservation status of land Crabs as a group has not yet been assessed under the guidelines of the International Union for the Conservation of Nature’s Red List of Threatened Species, and that this needs to be done in the near future, particularly if their popularity in the aquarium trade persists. 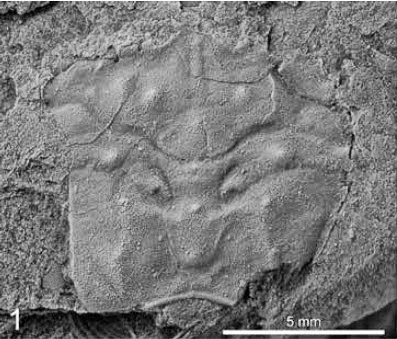