Three new species of Pitcher Plants from the Philippines.

Pitcher plants of the genus Nepenthes are known from Malaysia (where the genus reaches its maximum diversity) as well as Madagascar, Seychelles, Sri Lanka, northeast India, Indochina, Solomon Islands, New Caledonia, Australia and the Philippines. All the Philippine species are considered to be at risk due to deforestation, as the islands suffered a rapid loss of forests in the twentieth century (around 75% of the indigenous forest was undisturbed in 1925, but by the end of the century only 3% remained), and since most Nepenthes species have limited geographical ranges and are intolerant of disturbance, it is quite likely that many species have become extinct without ever being recorded.

The first new species described is named Nepenthes armin, in honour of Armin Rios Marin, a Municipal Councillor on Sibuyan and former official of the World Wildlife Fund, who on 3 October 2007 was shot and killed by a mining official while leading a community demonstration against forest clearances by the mining industry. Nepenthes armin is a climbing plant reaching 5 m in height. It produces elongate leaves up to 17.5 cm in length, with tendrils at their tips upon which the pitchers develop. The pitchers are green with a faint purple mottling and can reach 16 cm in depth.

The species was found growing in gallery forest on ultramafic rock (expand) at an altitude of 750 m. Only three individuals were found at three separate sites; several searches for further specimens by pitcher plant enthusiasts have failed to find any more plants, nor was it found by earlier expeditions to the area in the early twentieth century. The area where it grows has been partially cleared for lowland agriculture. As such the species is assessed to be Critically Endangered under the terms of the International Union for the Conservation of Nature’s Red List of Threatened Species. 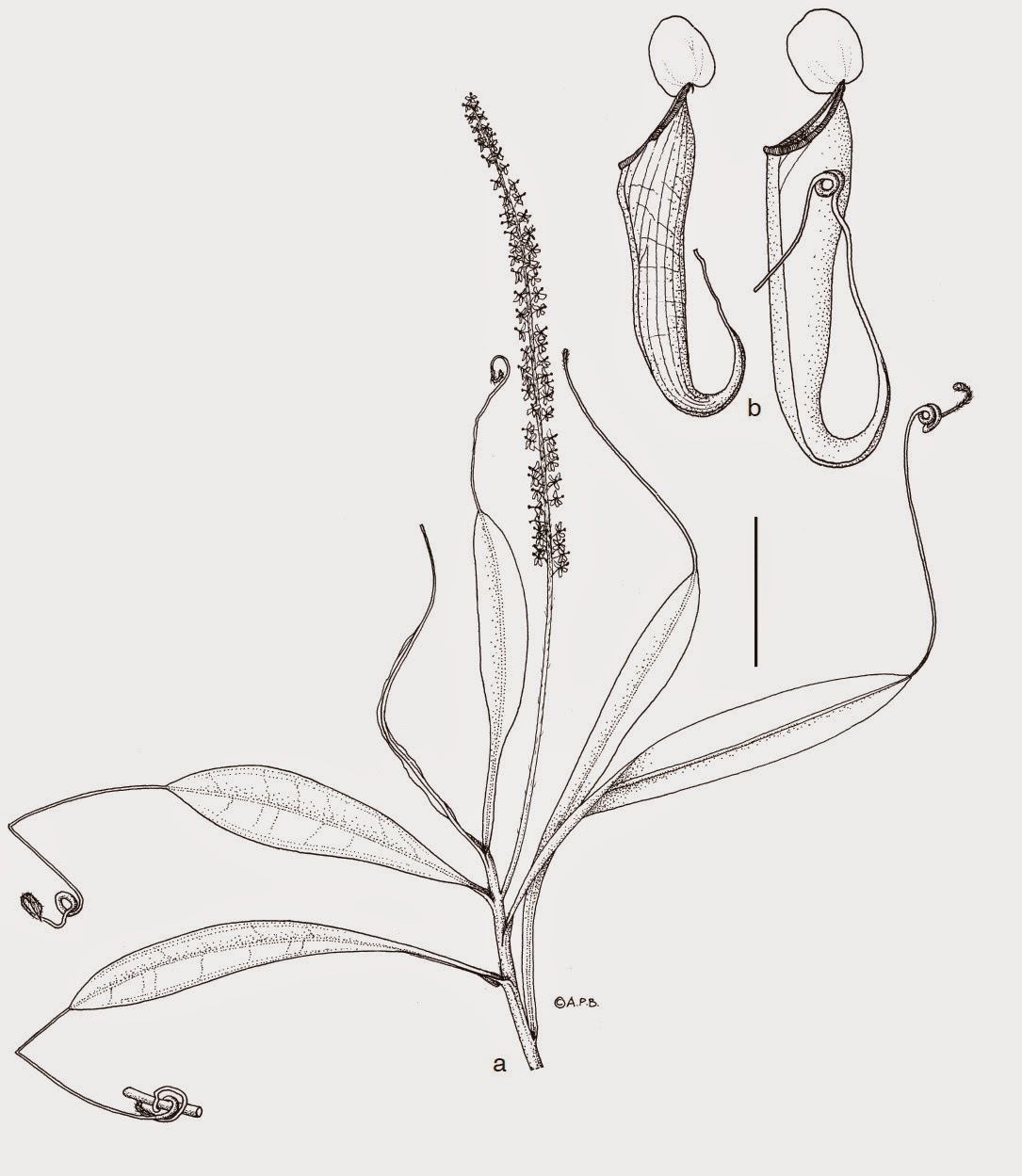 The second new species described is named Nepenthes tboli, after the T’boli People, who live in the area where it was discovered. This is a shrub or climber reaching at least 50 cm in height, producing leaves up to 16 cm long, with tendrils at the tips upon which the pitchers grow. The pitchers are 11.5-17.5 cm deep.

Only two specimens of the plant were found, growing on open grassland by Lake Parker in South Cotabato Province on Mindanao. As such the species is assessed to be Critically Endangered under the terms of the International Union for the Conservation of Nature’s Red List of Threatened Species, though Cheek and Jebb note that the plants were found close to the botanically poorly known Tiruray Highlands, so there is hope of undiscovered populations being discovered. 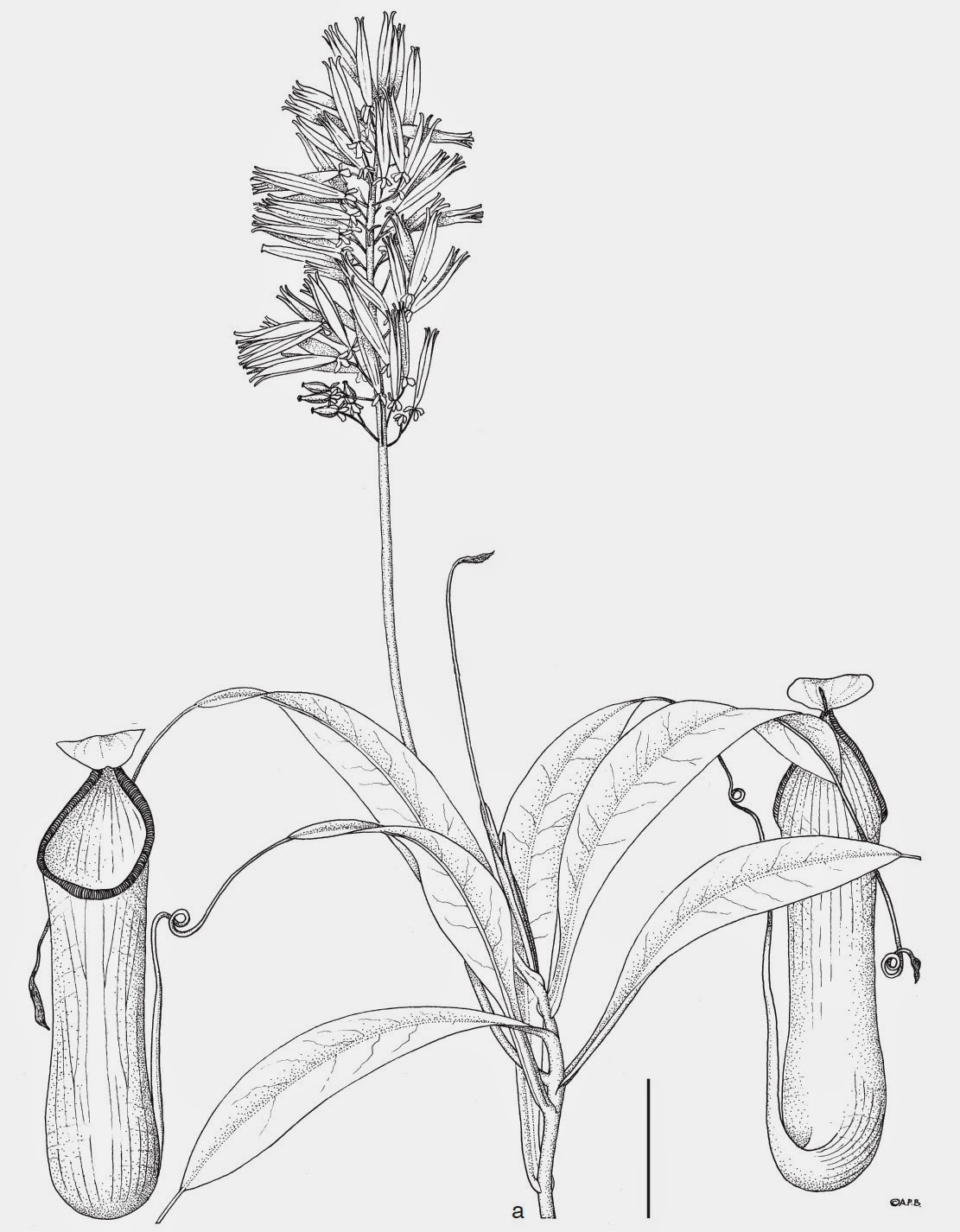 The third new species described is named Nepenthes zygon, meaning ‘yoked’ or ‘coupled’, due to this species close relationship with Nepenthes mindanaoensis. This is a terrestrial climber reaching 2-3 m tall, possibly capable of rooting on stunted trees in cloud forest. Leaves can reach 30 cm in length, lower pitchers can reach 14 cm, upper pitchers 25 cm. Pitchers are covered with a white waxy layer and have red-to-purple stripes and flecks.

Nepenthes zygon has been observed growing in submontane mossy forest along ridges of non-ultramaffic rock, at altitudes of 1500-1875 m above sea level, on Mounts Masay and Pasian and possibly Hibok-Hibok. Unfortunately much of the forest on Mount Pasain has recently been clear-cut, leading to concerns that the species might be extinct there. The population at Mount Masay faces no such threat at the current time; that at Hibok-Hibok has yet to be confirmed. The species is assessed to be Critically Endangered under the terms of the International Union for the Conservation of Nature’s Red List of Threatened Species. 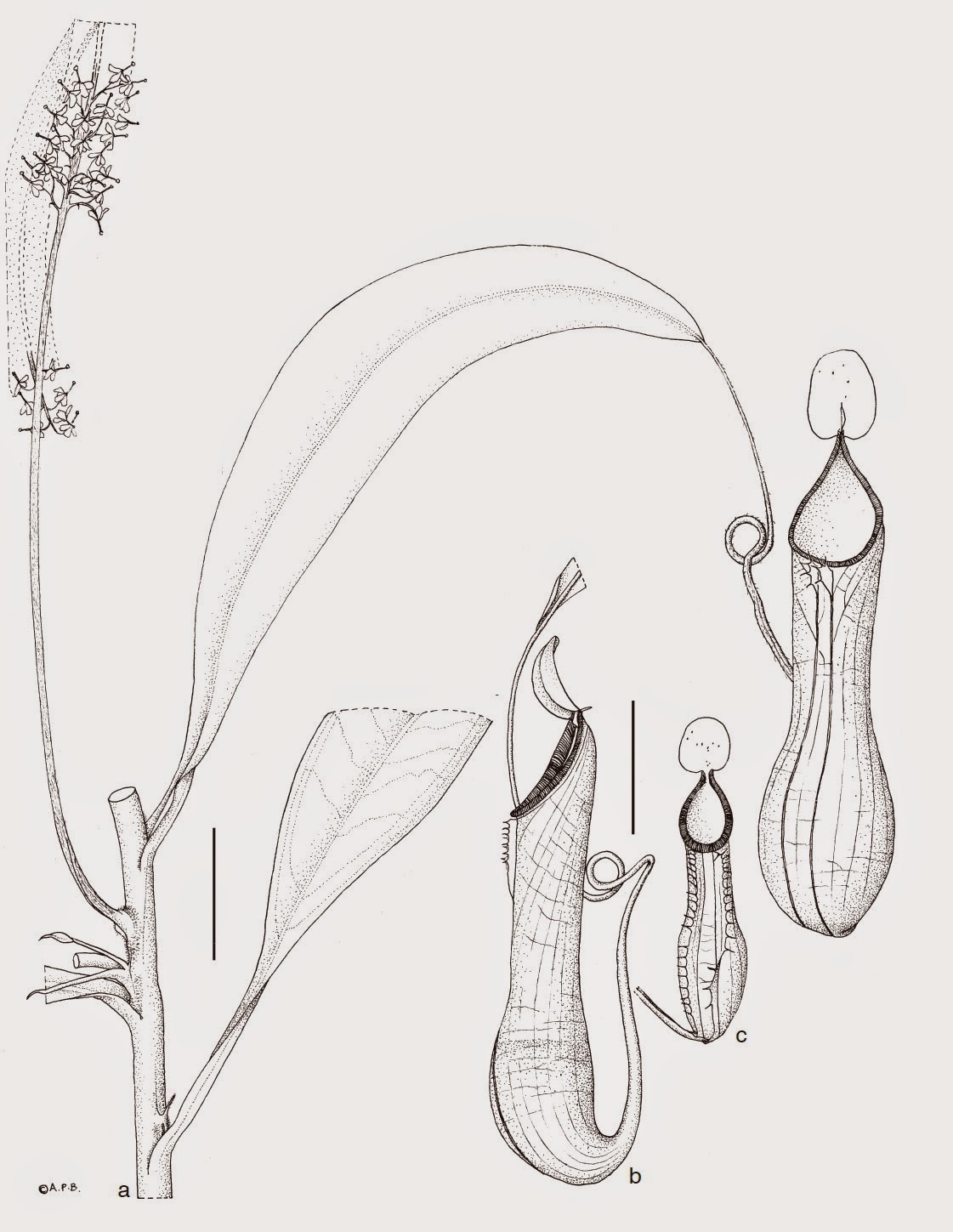 How a Marsh Pitcher Plant catches its diner.
Marsh, or Sun, Pitcher Plants (Sarraceniaceae) are Carnivorous Plants growing in nutrient poor marshy conditions in South America. They have the tubular leaves of all Pitcher Plants, but lack the lids of many such plants (Pitcher Plants are not a true taxonomic...

Catapulting tentacles in a sticky Carnivorous Plant.
Sundews (Drosera spp.) are a widespread group of Carnivorous Plants, found on every continent except Antarctica. They are able to live on extremely nutrient... 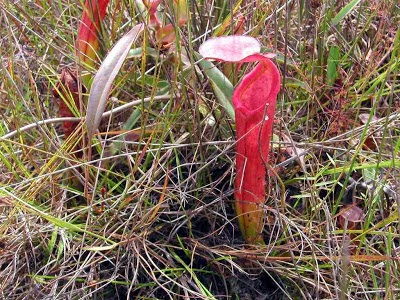 Ants in the diet of a Cambodian Pitcher Plant.
Pitcher Plants, or Monkey-cups, are carnivorous plants that trap Insects inside a deep, fluid-filled trap, where their bodies are then digested, providing valuable nutrients for the plants, which are thereby able to survive on very nutrient-poor soils. They are not a true...