The dangers of naturally occurring asbestos in southern Nevada.

Asbestos refers to a number of forms of naturally occurring fibrous amphibole minerals known to be highly carcinogenic, and also linked to a number of other health problems, including cardiovascular illnesses and immune system deficiencies. Exact definitions of asbestos vary, as they were originally intended to classify commercially useful asbestos minerals before the health risks were understood, which has caused problems for US regulators, as some minerals are classed as asbestos and subject to strict regulations, whereas others have been called ‘asbestos-like minerals’, which can potentially escape legislation. In one famous case in Montana lawyers representing a mining company tried for some years to claim that the company could not be held responsible for cases of asbestosis in the local community as the minerals involved were not technically asbestos, even though a direct link between dust from the mine and the health problems had been established.

While such minerals have not previously been reported from southern Nevada, they are known from Mohave County in Arizona, which shares a long border with Clark County, where they are formed by hydrothermal alteration of minerals in Miocene granite intrusions. The Mohave granite outcrops which produce these minerals are located within the unpopulated Lake Mead National Recreation Area, and are not thought to present any immediate hazard to public health. However similar granite outcrops also exist in Clark County, and some of these outcrops are close to the population centres of Boulder City, Henderson and Los Vegas.

Buck et al. collected rock samples from seventeen rock outcrops in Boulder City, Black Hill and the McCullough Range, they also collected soil samples from desert surfaces and dirt roads, as well as samples of airborne sediments captured in traps at several locations, and clothing and a vehicle mounted spare tyre from an outdoor recreation centre in Boulder City.

All of the samples contained asbestos particles, and all of the particles found away from the granite outcrops were sufficiently similar to minerals collected at these sites that these sites are considered to be the sources of the minerals. 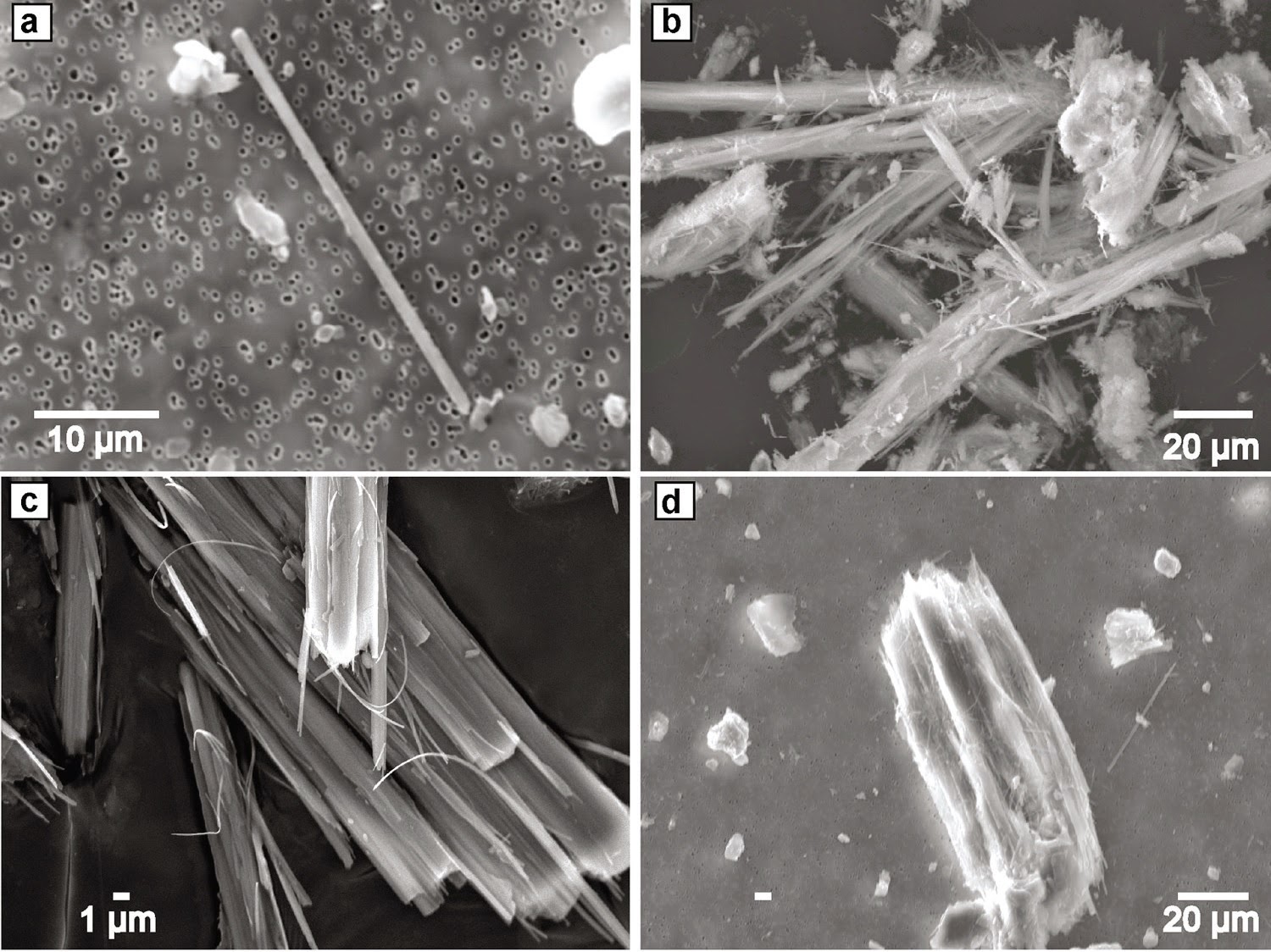 The asbestos fibres collected from Clark County appear consistent with fibres collected from other locations known to be carcinogenic, and are sufficiently airborne to be inhaled easily. Clark County had a population of over 2 million at the time of the 2012 census, mostly within the Las Vegas–Henderson–North Las Vegas conurbation. Populations in Boulder City and eastern Los Vegas are deemed to be at risk of exposure to wind-blown asbestos dust. 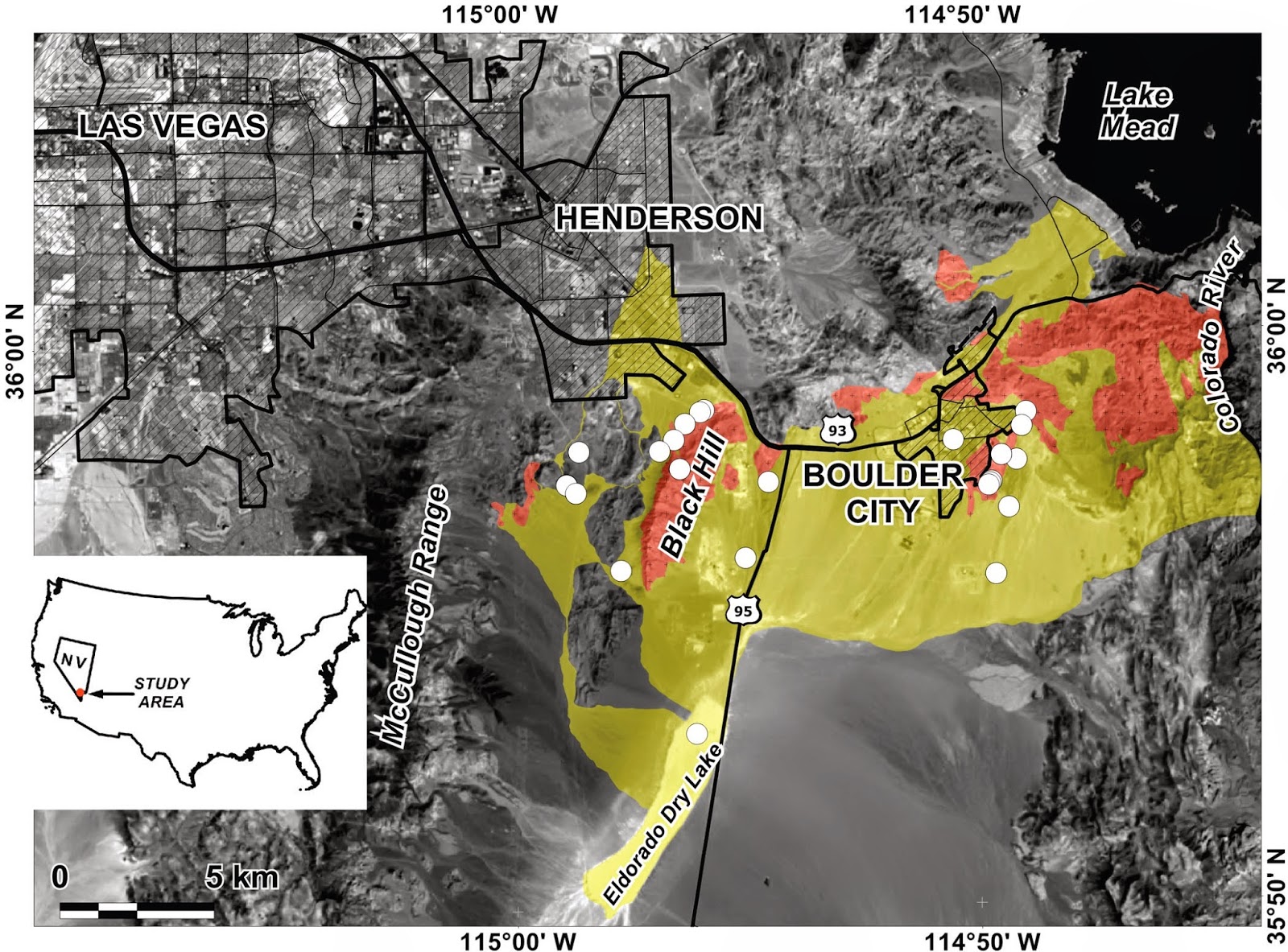 The areas of highest risk of wind erosion are considered to be to the south and southwest of Boulder City, particularly the Eldorado Dry Lake and the sandy surfaces east of Highway 95. This area, while largely unoccupied, as used for a variety of human activities, and is crossed by a number of dirt roads. Winds in the area tend to blow from the south and southwest in spring and summer, and from the north and northeast in winter and autumn. Winds from the southeast are rarer, but do occur, blowing dust towards the more densely populated areas of Henderson and Los Vegas. 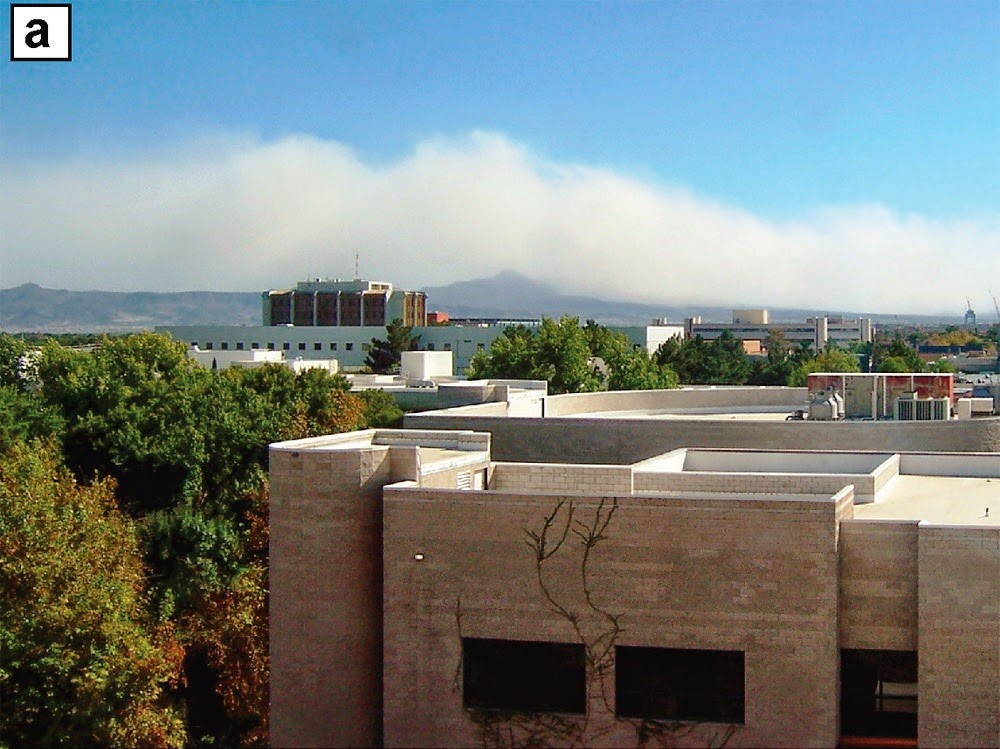 Boulder City is considered to be at risk year round, as it is bounded by asbestos-producing outcrops to the north and east, and by areas of asbestos containing sediment which are easily activated by the wind to the south and west. As such Buck et al. recommend that urgent action is taken to better assess the health risks presented by wind-blown asbestos dust within the city. 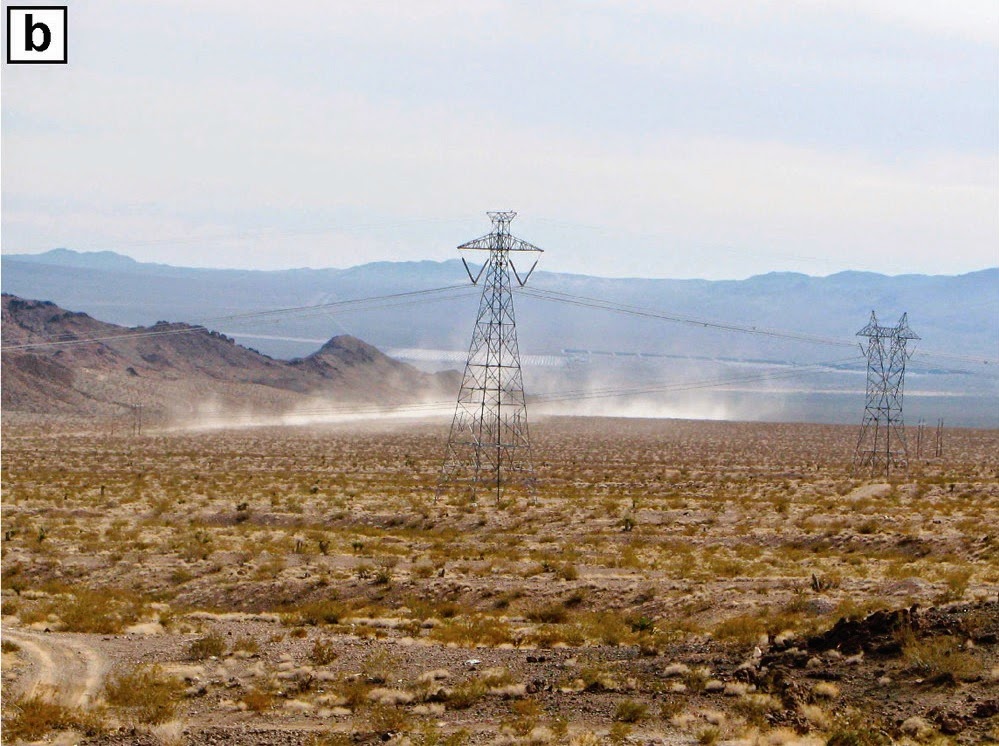 Dust generated by a single off-road vehicle driving on a dirt road in the McCullough Range. Buck et al. (2013).

Understanding the Tokapal Kimberlite.
Kimberlites are uncommon geological formations formed by the extrusion of mantle material from deep within the Earth. Despite the relatively small number of kimberlites known, they have been the subject of extensive...

Arsenic levels in soil around cattle-dipping sites in the Vhembe District of Limpopo Province, South Africa.
Arsenic-based cattle-dips were used in South Africa from their first becoming available in1893 until... 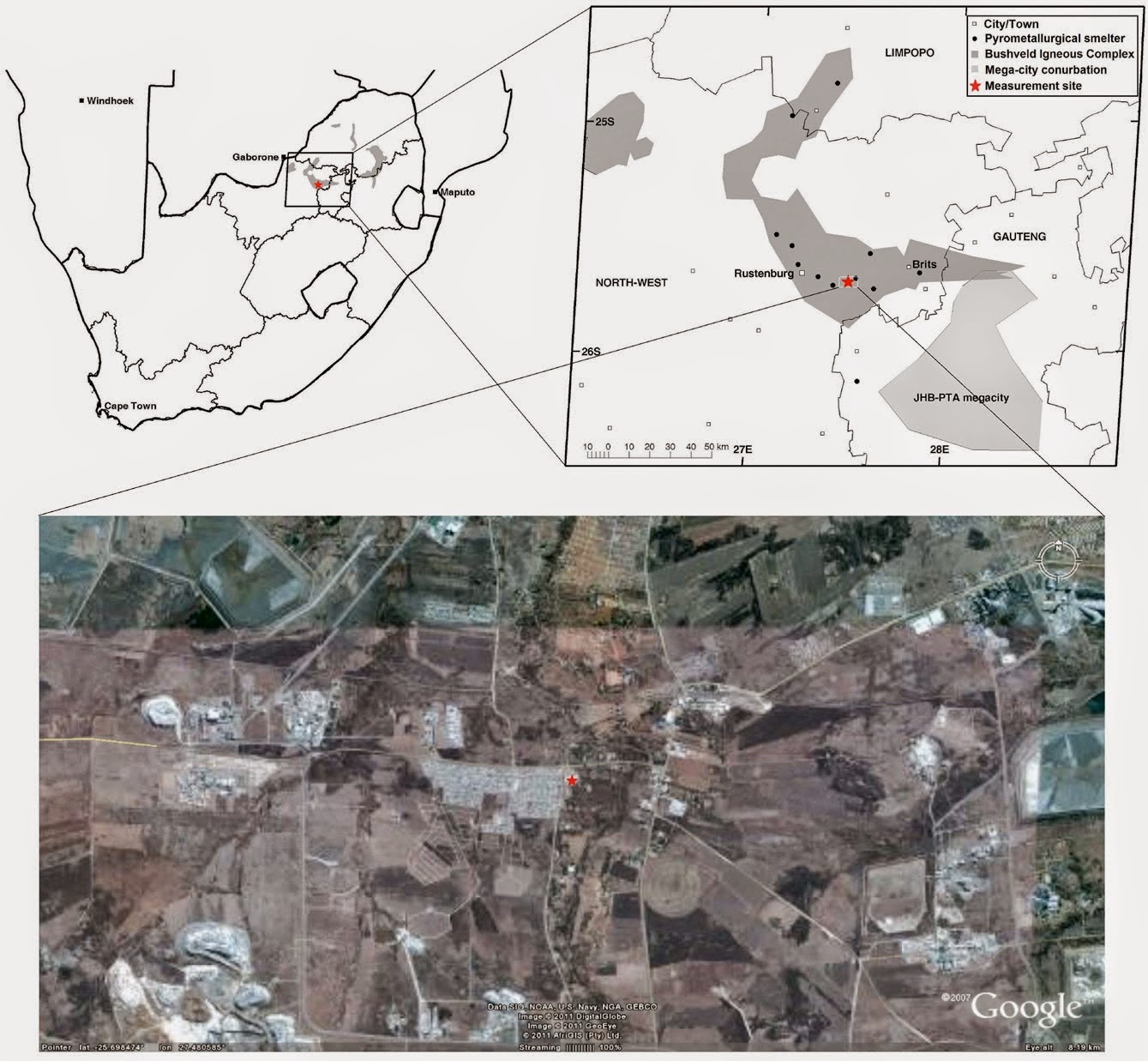