Mushrooms of the genus Agaricus are well studied in temperate regions, where there are over 400 species divided into eight groups, including many commercially important medical species. The group is also found in the tropics, where it is likely to be much more diverse, although it is poorly studied here. Many tropical Agaricus Mushrooms are known not to fit into the traditional eight divisions, suggesting that fitting these Fungi into the group’s taxonomy will require considerable revision of the genus.

In a paper published in the journal Phytotaxa on 14 January 2015, a team of mycologists led by Jie Chen of the State key laboratory of Mycology at the Institute of Microbiology of the Chinese Academy of Sciences and the Instituteof Excellence in Fungal Research and School of Science at Mae Fah LuangUniversity present a study of tropical members of the section Brunneopicti of the genus Agaricus in which four new species are described, all from Thailand.

The first new species described is named Agaricus niveogranulatus, meaning ‘white granules’, in reference to the colour and texture of the squamules (scales on the upper surface of the Mushroom). The Mushrooms of this fungus are 10-16 cm in diameter, starting out as hemisphere, but becoming flatter as they mature. The gills start out white, turning pink as they mature, then orange-brown, then brown, then dark brown. The flesh of the Mushroom is white, and gives of a phenol-like smell. These Mushrooms were found in Dipterocarp forests, Bamboo woodland and grassland, as well as in cultivated parks and gardens. It was found in Chiang Rai and Chiang Mai Provinces of Thailand. 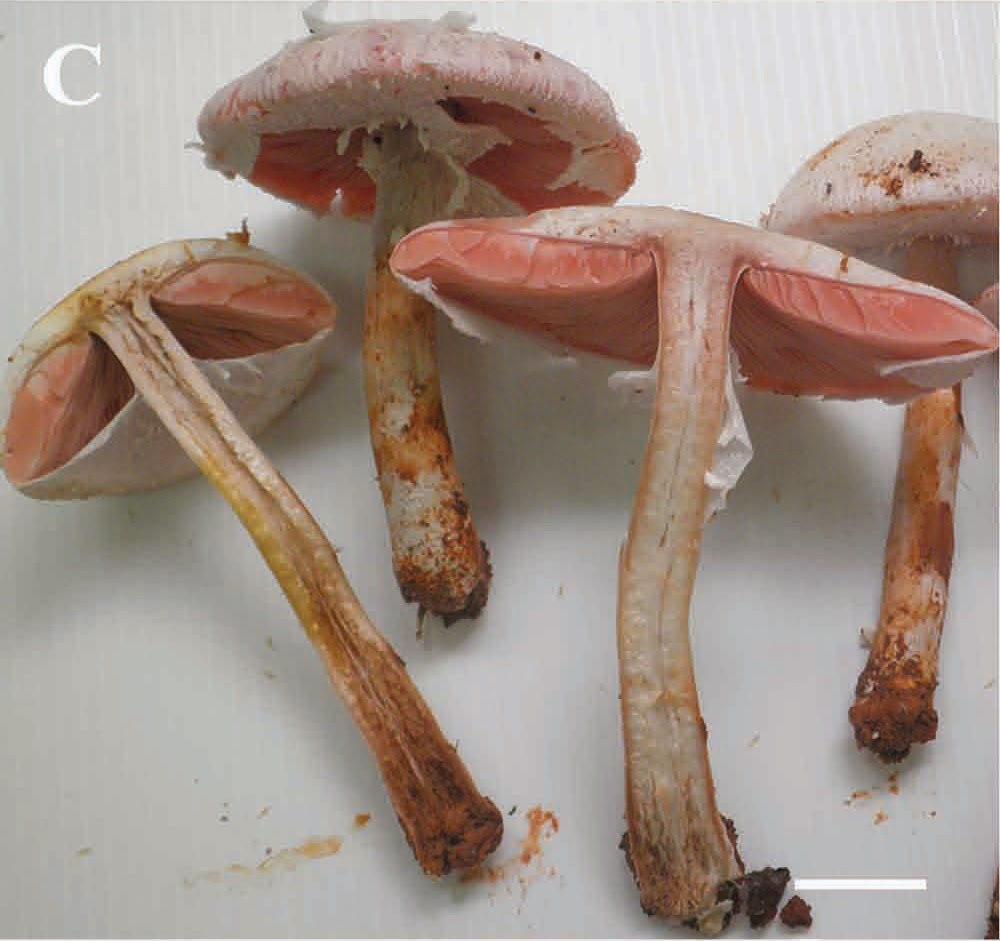 The second new species described is named Agaricus brunneosquamulosus, meaning ‘brown squamules’, a reference to the colour of the scales on the upper surface of the Mushroom. The Mushrooms of this species reach 3-6 cm in diameter, starting out convex then flattening as they age. The gills are pinkish to grey, and turn dark brown with age. The flesh of the Mushroom is white, but turns pink after being cut, and emits a phenol-like smell. The species was found growing in grassland and gardens in Chiang Mai Province, Thailand. 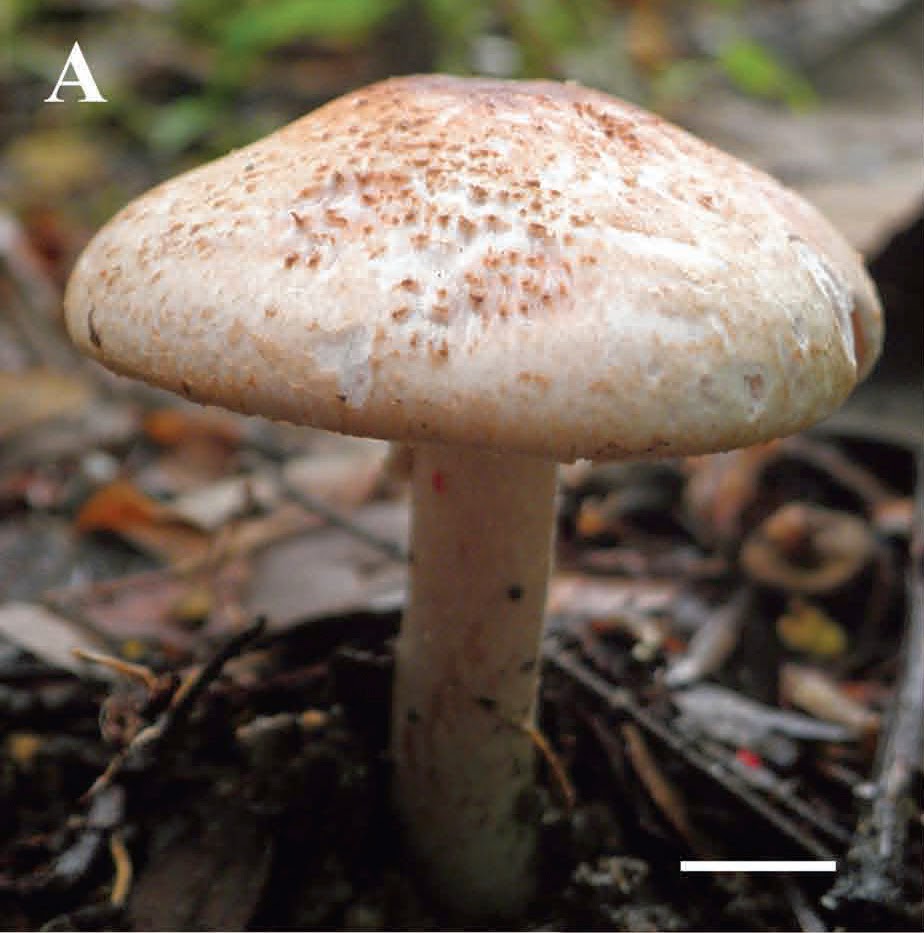 The third new species is named Agaricus sordidocarpus, in reference to the dirty appearance of the Mushrooms, which have fibrous squamules and develop a grey tint after rain. The Mushrooms grow up to 4 cm in diameter, grey-brown in colour and convex with a flattened top. The gills are pink or brownish-grey, turning darker as they age. The flesh of the Mushrooms is firm and white, and emits a phenol-like smell. The species was found growing in the grounds of Chiang Mai University. 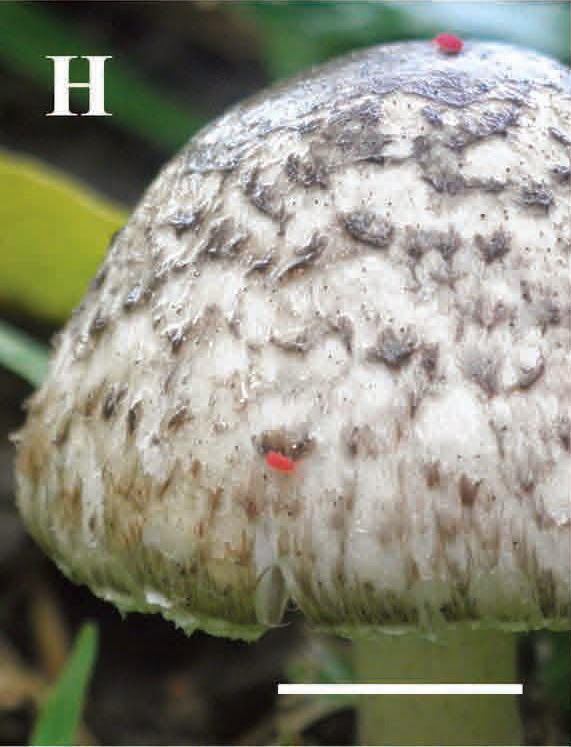 The final new species is named Agaricus toluenolens, in reference to the toluene-like odour the Mushrooms produce when bruised (expand). The Mushrooms are 3-6 cm in diameter and convex to flat in shape, with brownish-grey squamules. The gills are pink to brownish-grey, turning browner as they age. The flesh is firm and white, but with a strong, unpleasant smell. The Mushroom was found growing on grass in Chang Mai Province. 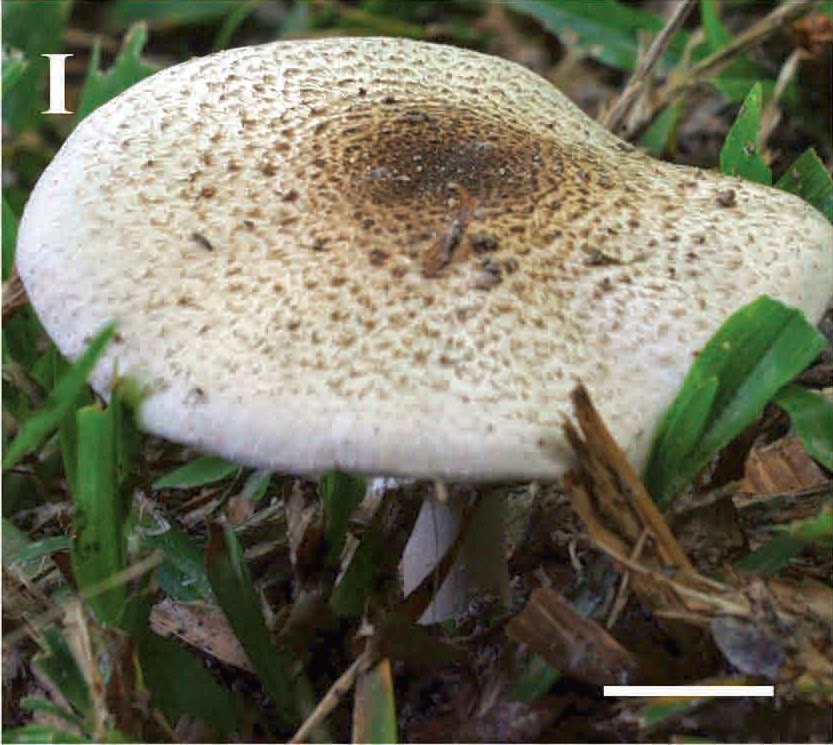