Thirteen dead after helicopter crashes during flight from Norwegian oilfield.

Thirteen people have died after a helicopter crashed to the west of Bergen, Norway, on Friday 29 April 2016, during a return flight from the Gullfaks Oil Field in the North Sea. The names of the deceased have not been released, though they have been identified as eleven Norwegian citizens, a Briton and an Italian; all eleven passenger are understood to have been working on Statoil operated facilities in the oilfield, though not all were directly employed by the company, the helicopter was operated by CHC Helicopter. Witnesses have reported hearing unusual engine noises from the helicopter, after which a small explosion was witnessed on board, followed by the helicopter falling approximately 640 m into the sea close to the island of Turoey, then undergoing a second, larger explosion. No survivors are expected following the incident. 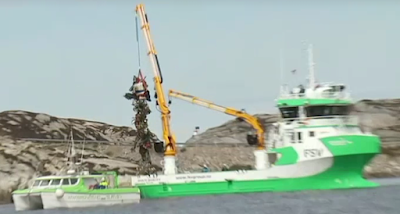 A rescue ship recovering the fuselage of the helicopter. Oil and Gas People.

The crashed helicopter is understood to be an Airbus EC225LP (or Super Puma), a model widely used in the oil industry, which had undergone scheduled replacement of its rota blades in March and its gearbox in January this year (helicopter components are typically replaced after a set number of flying hours, regardless of whether they show wear or damage). However the helicopter is understood to have twice had delays to scheduled replacement of parts in 2015, amounting to a total of 200 hours of flying time. 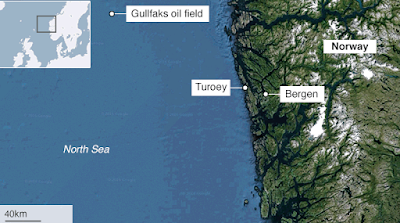 At least three dead following helicopter crash in Jubilee Oil Field off coast of Ghana.      Three people are known to have died in a helicopter crash off the Ghanaian coast during heavy rains on Thursday 8 May 2014. The...