A Geomydid Turtle from the Miocene of Tanegashima Island, Japan.

Geomydid Turtles are found in rivers, ponds and shallow marine environments across the tropical and sub-tropical regions of Asia, Europe and the Americas. They are variously known as Box Turtles, Pond Turtles or Wood Turtles. The classification of Geomydid Turtles is currently in flux, with molecular studies revealing that many morphologically distinctive species are in fact very closely related genetically, and taxonomists in disagreement over how their classification should be changed to reflect this.

In a paper published in the journal Zootaxa on 13 May 2013, Akio Takahashi of the Department of Zoology at the Faculty of Science at Okayama University of Science, Kimihiko Ōki of Kagoshima University Museum, Takahiro Ishido of the Minamitane–cho Board of Education and Ren Hirayami of the School of International Liberal Studies at Waseda University describe a new species of Geomydid Turtle from the Middle Miocene of Tanegashima Island, southwestern Japan.

The new species is placed in the genus Ocadia and given the specific name tanegashimensis, in reference to the island where it was found. Only the shell is preserves; there are no traces of the head or limbs. 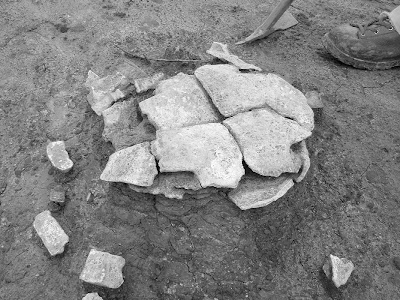 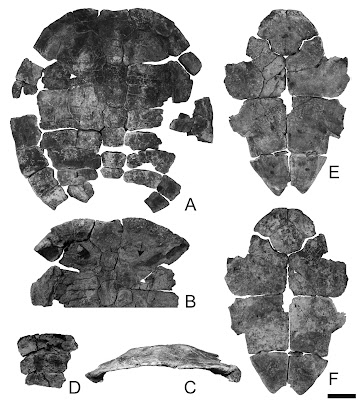 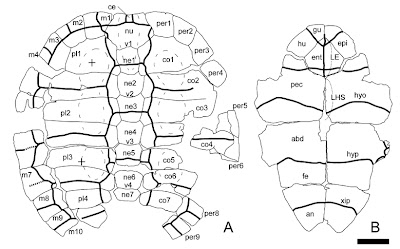 Turtles of the genus Ocadia have recently been shown to be very closely related to member of the genera Mauremys and Chinemys, which has led to some taxonomists suggesting they should all be placed in a single genus. Other experts have suggested that Ocadia is sufficiently different morphologically to justify its status as a separate genus.

Prior to the discovery of Ocadia tanegashimensis only a single fossil species of Ocadia has been widely accepted; Ocadia nipponica from the Pleistocene of Japan, which is only thought to be about 225 000 years old. There are also fragmentary fossils assigned to the genus from the Pliocene of Mongolia and the Early Miocene of Japan; if these fossils could be assigned confidently to the genus then it would be reasonable to argue that it has been separate from Mauremys and Chinemys for long enough to be considered a distinct taxonomic entity, even if its genetic changes have been conservative.

See also A Jurassic Turtle bone-bed from the far northwest of China, The death of Lonesome George and the extinction of the Pinta Island Giant Tortoise, An Eucryptodiran Turtle from the Early Cretaceous of Spain and A new species of Giant Side-Necked Turtle from the Palaeocene of Columbia.