A new genus of fossil and extant long-legged Ants from the western Caribbean.

Ants of the Prenolepis group are small-to-medium sized ants dwelling in soil, leaf litter and rotting wood. The are typically omnivorous and form large colonies, and are distinguished by roughly triangular mandibles with between four and seven teeth, and 12-segmented antennae.

In a paper published in the journal Systematic Entomology in January 2012, John LaPolla and Robert Kallal of the Department of Biological Sciences at Towson University and Seán Brady of the Department of Entomology at the National Museum of Natural History describe a new genus of Ants within the Prenolepis group, including four previously described extant species from the Greater Antilles, and two new species, one extant species from Central America and one fossil species from Dominican Amber.

The new genus is given the name Zatania, meaning very long, a reference to the legs of the Ant species in the genus. These are brown, yellow-brown or reddish brown Ants 2-3 mm in length with 4-5 teeth per mandible; tooth four is reduced in some species and missing in others. A molecular phylogeny of four of the the extant species supports their diagnosis as a single evolutionary lineage (clade). 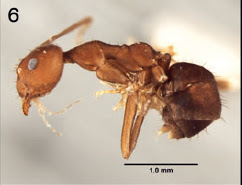 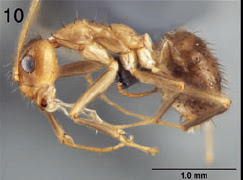 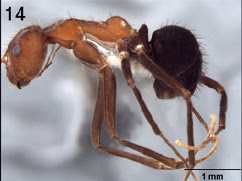 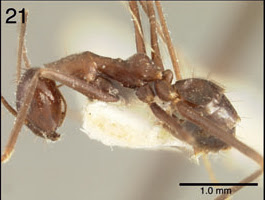 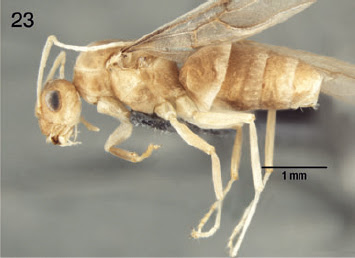 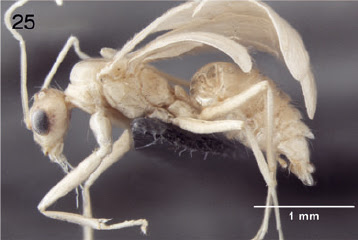 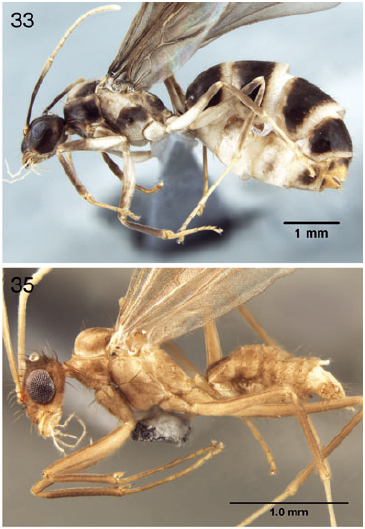 The species preserved in amber is named Zatania electra (electra is Greek for amber). It is known from two specimens, one male and one worker. The colouration and lifestyle of the living Ants is not clear, though its preservation in amber suggests that it shared the association with trees seen in several modern species. 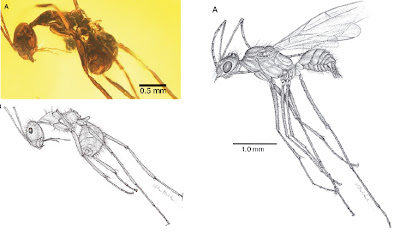 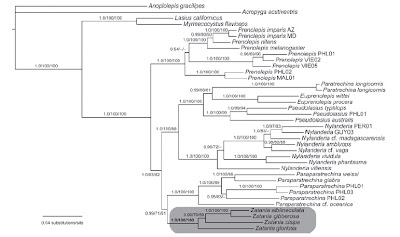 See also The taxonomic implications of host preference in Large Blue Butterflies, How a Marsh Pitcher Plant catches its diner, Four new species of Leafhopper from Southern Africa, Two new species of Ant from northwest India and Ants in the diet of a Cambodian Pitcher Plant.