Three construction workers have been killed and another two injured in a landslip in the town of Laurel in Batangas Province, which occurred at about 3.30 pm local time (7.30 am GMT) on Monday 3 June 2013. All five were rushed to local hospitals, but two were pronounced dead on arrival, and a third later died of his injuries. The men were reportedly working on concrete re-enforcements designed to prevent such landslips at the time when the incident occurred. It is thought that the incident was triggered by heavy rains. 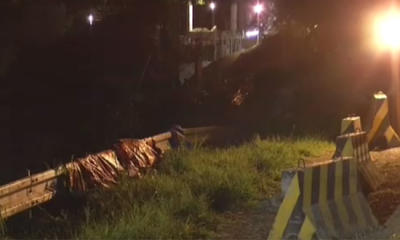 The scene of the Laurel landslip. Solar News.


Landslides are a common problem after severe weather events, as excess pore water pressure overcomes the sediments cohesion and allows it to flow downhill. Approximately 90% of all landslides are caused by heavy rainfall. 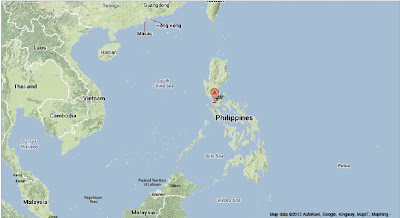 The approximate location of the 3 June landslip. Google Maps.