The United States Geological Survey recorded a Magnitude 3.8 Earthquake at a depth of 35.1 kmabout 40 km to the east of Anchorage, Alaska, slightly before 4.30 am local time (slightly before 12.30 pm GMT) on Tuesday 30 May 2016. There are no reports of any damage or casualties associated with this event, but people have reported feeling it locally. 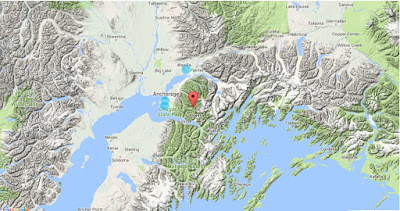 Model of the subduction of the Pacific Plat beneath the North American Plate along the southern coast of Alaska and the Aleutians. United States Geological Survey.

Eruption on Mount Pavlof causes severe disruption to flights over Alaska.               Mount Pavlof, a 2.5 km high stratovolcano (cone-shaped volcano made up of layers of ash and lava) on the Alskan Peninsula, underwent a significant...