A family of three were forced to flee their home when it slid off its foundations and slid about six metres down a hillslope after being hit by a mudslide on Friday 18 May 2018. The family were sleeping in the home in the town of Vinton in the east of the county, when the property began to shift, at about 4.45 am local time. The family were able to escape through a hoke that opened up in a brick wall as the property moved. 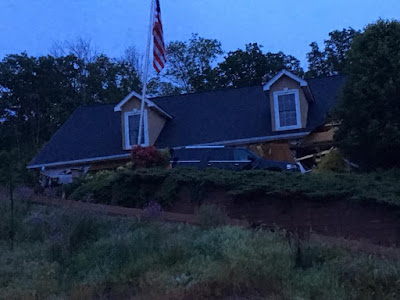 The scene of a landslide in Roanoke County, Virginia, which shifted a house off its foundations and six metres downslope. Roanoke County Fire and Rescue.

The incident happened after several hours of heavy rain in the area, which appears to have destabilized exposed sediment on a construction site upslope of the home. Landslides are a common problem after severe weather events, as excess pore water pressure can overcome cohesion in soil and sediments, allowing them to flow like liquids. Approximately 90% of all landslides are caused by heavy rainfall. 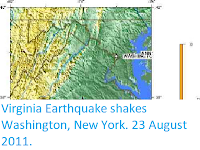