Canadian couple survive being swept of mountain road by landslide.

A Canadian couple have survived after being swept of a mountain road by a landslide on Thursday 17 May 2018. Sheri Niemegeers from Weyburn in Saskatchewan and Gabe Rosescu from Regina, also in Saskatchewan, were travelling through the Kootenay Pass to visit friends for the Victoria Day weekend, when they were hit by a mudflow containing numerous trees, which swept their car off the road and down the mountainside. Both suffered multiple broken bones and are recovering in a nearby hospital. 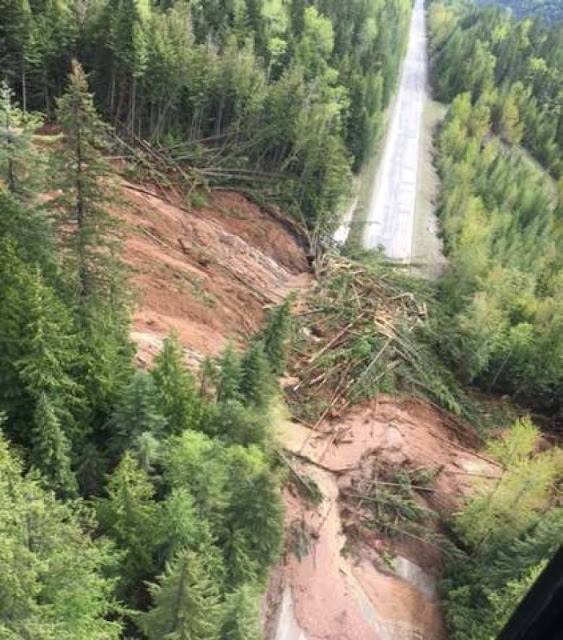 The scene of a landslide that swept a couple off a mountain road in the Kootenay Pass, British Colombia, on 17 May 2018. BC Transportation.

The incident happened after several hours of heavy rain in the area. Landslides are a common problem after severe weather events, as excess pore water pressure can overcome cohesion in soil and sediments, allowing them to flow like liquids. Approximately 90% of all landslides are caused by heavy rainfall. British Colombia has suffered widespread flooding in the last week as high rainfall has combined with melting winter snows, resulting in about 4500 people across the province being forced to evacuate their homes. 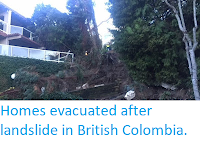 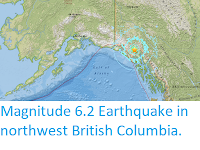 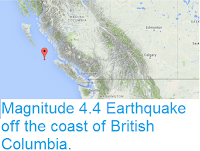 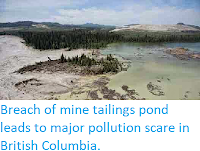