A Middle Pleistocene Acheulean Site from the Central Ethiopian Highlands.

High altitude environments provide a unique set of survival challenges for Modern Humans, and presumably also the earlier Hominins from which we are descended, including reduced oxygen levels, higher exposure to ultra-violet radiation, higher rates of water loss and higher nutrition requirements to support a stressed metabolism. For this reason, the conquest of these environments has always been assumed to be a relatively modern phenomenon, which occurred when Holocene Humans with rising populations began to fill up lowland environments, leading them to explore the less optimal highlands of Europe and Asia.

The Dendi Caldera is an extinct volcano on the Yerer-TulluWellel Volcano Tectonic Lineament, which stretches west from the Main Ethiopian Rift as far as the border with Sudan. The volcano is thought to have begun erupting in the Middle Miocene, with activity ceasing less than a million years ago. The rocks of the caldera are largely rhyolites and trachytes, overlain by lava flows with a significant proportion of obsidian (likely to have been valued by stone age tool makers), which are in turn overlain by volcanic ash deposits. The caldera is surrounded by a rim which rises 440 m above the central depression, which contains a double lake fed by springs and seeps within the caldera. The River Huluka, a tributary of the Blue Nile, originates in the caldera. 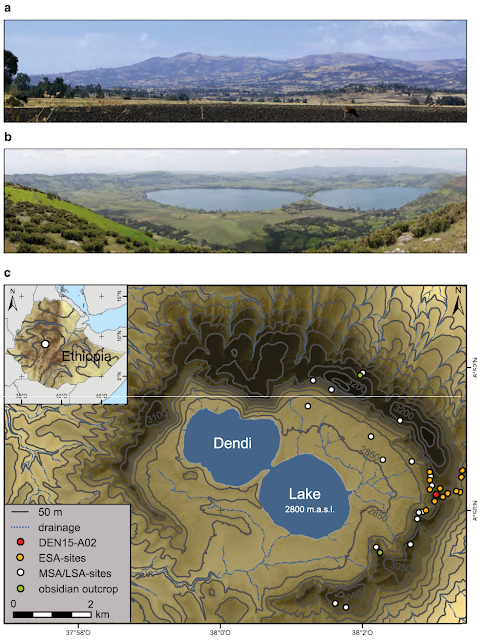 Mount Dendi. (a) View of Mount Dendi (looking west). (b) View of the two crater lakes within the caldera. (c) Map showing the location of archaeological sites. Vogelsang et al. (2018).

Archaeological material was first discovered in the caldera during a survey by the Collaborative Research Center of the University of Cologne, and two successive expeditions in 2013 and 2015 have revealed a total of 75 archaeological sites. The majority of these are Later Stone Age and Middle Stone Age sites, yielding small amounts of material, but ten of the sites yield Early Stone Age material and are dated to the Middle Pleistocene. Vogelsang et al. concentrate on one of these sites, DEN-12-A02.

DEN-12-A02 is located in the eastern Dendi Caldera, at an altitude of 3000 metres above sea level. The site has yielded both Early Stone Age and Middle Stone Age material, with a total of 65 artifacts (33 flakes, 8 cores, 5 blades, 8 large bifacial tools, 7 small facially retouched points) from two terraces exposed during road construction work. The Early Stone Age material comprises Acheulean material (a technology that appeared about 1.8 million years ago and which is associated with Homo erectus, and sometimes other members of the genus Homo) originating from a layer of dark, reddish clayey soil. This material includes two elongated hand axes, three ovate hand axes, one cordate hand axe, two leaf-shaped scrapers, one ‘Keilmesser’ backed bifacial knife, and a cleaver. The production method of these tools is consistent, which probably implies that they originate from a single temporary occupation of the site. Based upon the complexity of this technology the occupation is considered to date from the Middle-to-Late Acheulean, between 500 000 and 200 000 years ago, a period that brackets the emergence of the first Modern Humans in East Africa. 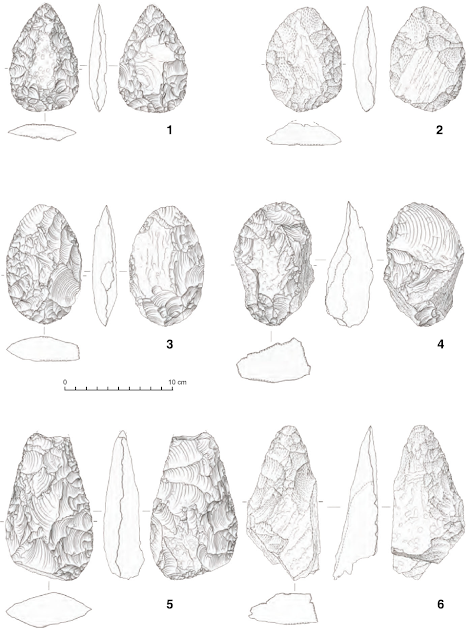 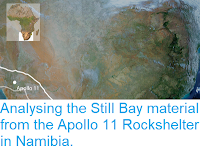 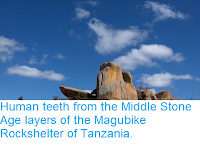 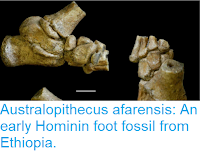 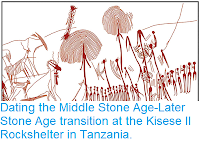 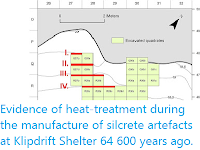 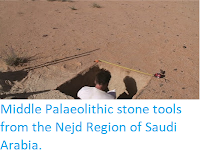