Angiosperms (Flowering Plants) underwent a major diversification in the Middle Cretaceous and became ubiquitous members of terrestrial floras from then onwards. However, exactly when large Angiosperm trees first appeared is unclear. The last common ancestor of all living Angiosperms is thought to have been woody, but it is unclear how large it was, and the earliest fossil Angiosperms are all herbaceous. Fossil Angiosperm wood is known in the fossil record from about 113 million years ago onwards, but these fragments are rare and small before about 83.8 million years ago, which has led to speculation that Angiosperm trees were overshadowed by larger Gymnosperms (Conifers etc.) throughout much of the Cretaceous. 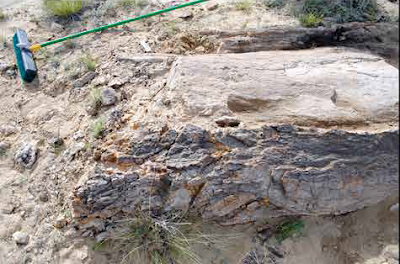 The fossil described takes the form of a silicified log with a preserved length of 11 m and a maximum preserves width of 1.6 m. As this is clearly only the inner part of the log, and the specimen shows no sign of significant taphonomic distortion (swelling of the wood), it is estimated to have had a minimum living diameter of 1.8 m. A tree with a diameter of 1.8 m at breast height would be expected to have a height of somewhat over 50 m, suggesting that this was a canopy tree of significant size. Examination of the wood leads Jud et al. to assign the specimen to the genus Paraphyllanthoxylon, and probably to the species alabamense (they cannot find all of the features diagnostic of this species, but neither can they find any features that rule it out). The Mancos Shale Formation is calculated to be about 92 million years old, suggesting that large Angiosperm Trees had evolved at least 15 million years earlier than previously suggested by the fossil record. 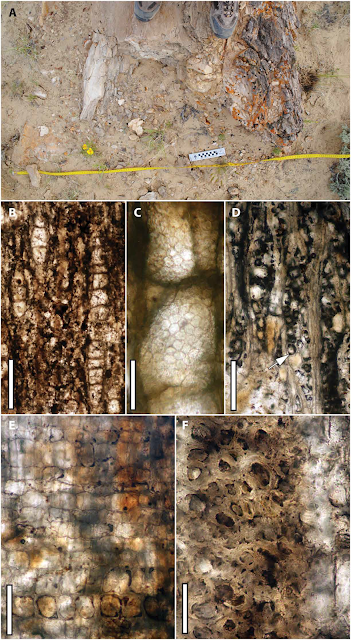 Jud et al. also describe several other Plant fossils from the Mancos Shale Formation, though not from the same location, including a number of leaf shoots assigned to the Angiosperm species Elatides curvifolia, and some fragments of Ferns. 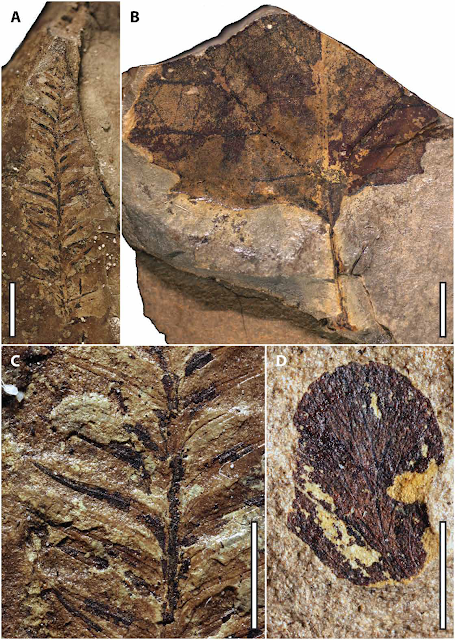 Also reported are a number of Vertebrate fossils, also from the Ferron Sandstone of Utah. These include a single Shark tooth, assigned to the Lamniform species Cretodus crassidens, a common species in the Western Interior Seaway during this time, several Crocodyliform teeth, a large Turtle scute, roughly 9 cm in length and 1 cm thick, and part of the sacrum of an Ornithopod Dinosaur. 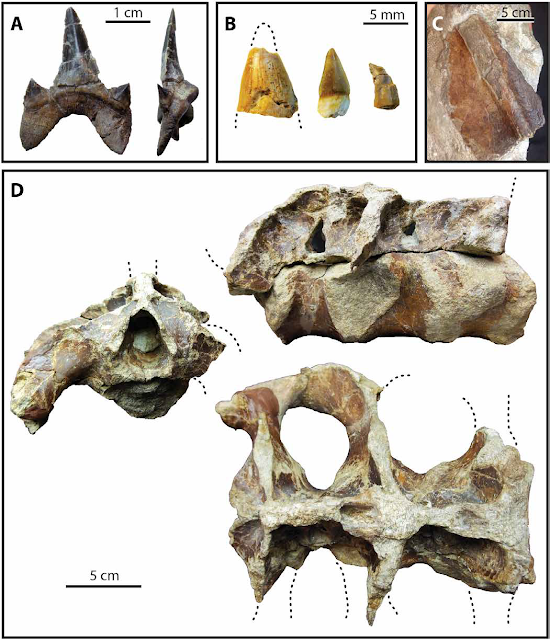 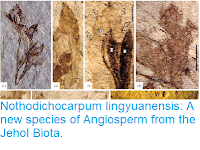 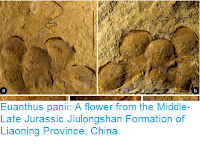 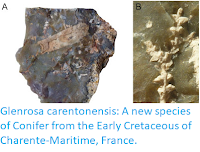 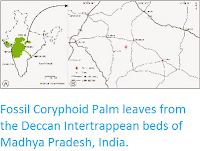