At least two people have died and over a thousand more have been rescued by emergency services after Tropical Storm Imelda made landfall in Texas on Thursday 19 September 2019, bringing severe flooding to parts of Texas and Lousiana. The first fatality occurred in Jefferson County, where a 19-year-old man died after being electrocuted and drowned while attempting to lead a Horse to safety, the second in Harris County where a middle aged man died after driving into flood waters. Jefferson county is reported to have received over a metre of rain in 72 hours, leading to concerns that river levees might break. 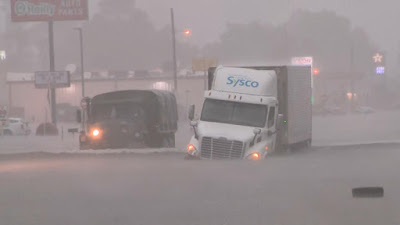 Tropical storms are caused by solar energy heating the air above the oceans, which causes the air to rise leading to an inrush of air. If this happens over a large enough area the in rushing air will start to circulate, as the rotation of the Earth causes the winds closer to the equator to move eastwards compared to those further away (the Coriolis Effect). This leads to tropical storms rotating clockwise in the southern hemisphere and anticlockwise in the northern hemisphere.These storms tend to grow in strength as they move across the ocean and lose it as they pass over land (this is not completely true: many tropical storms peter out without reaching land due to wider atmospheric patterns), since the land tends to absorb solar energy while the sea reflects it. 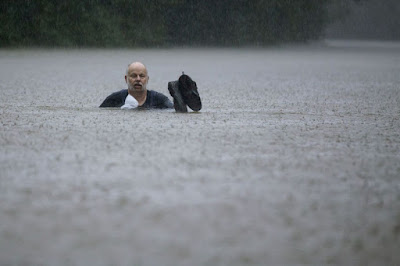 Floodwaters in the city of Patton Village in Montgomery Count, Texas, in the wake of tropical Stom Imelda. Brett Coomer/Houston Chronicle/AP.


Despite the obvious danger of winds of this speed, which can physically blow people, and other large objects, away as well as damaging buildings and uprooting trees, the real danger from these storms comes from the flooding they bring. Each drop millibar drop in air-pressure leads to an approximate one centimetre rise in sea level, with big tropical storms capable of causing a storm surge of several meters. This is always accompanied by heavy rainfall, since warm air over the ocean leads to evaporation of sea water, which is then carried with the storm. These combined often lead to catastrophic flooding in areas hit by tropical storms. 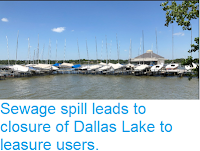 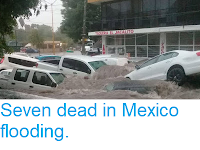 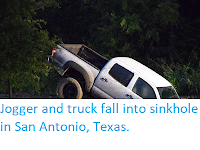 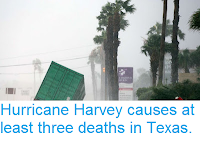