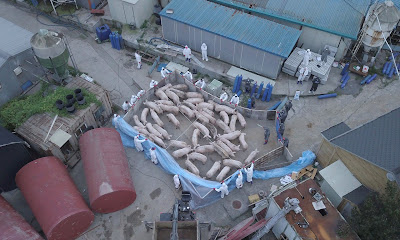 Pigs being rounded up for culling at a farm near Paju in South Korea, following the detection of the African Swine Fever Virus. Yelim Lee/AFP/Getty Images.

The African Swine Fever Virus is a Double Stranded DNA Virus and the sole member of the Asfivirus Family. It is indigenous to tropical Africa, where it infects Warthogs and Bushpigs as well as domestic Pigs, and is transmitted by Ticks of the genus Ornithodoros. The disease presents no threat to Humans, but produces a lethal haemorrhagic fever in Pigs. Infected animals will develop a high fever within a few days of contracting the Virus, this is acompanied by a loss of appatite and reddening of the skin of light-skinned breeds, caused by the rupturing of blood vessels. Pigs will then develop difficulties in standing, and huddle together in groups, shivering and coughing, and within a few days will become comatose and eventually die. 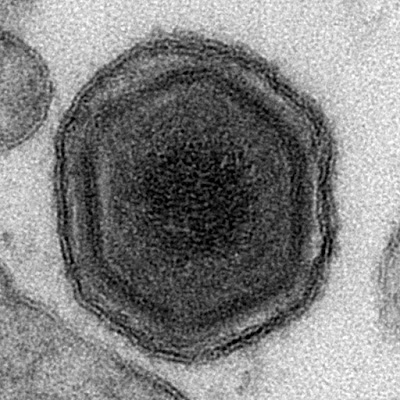 Occasional outbreaks of African Swine Fever have been recored outside of Africa for decades, but the current epidemic has spread from China, where the disease was detected in August 2018, since when it has spread rapidly within the country's large number of intensive Pig farms. Since then around 100 million Pigs have died in China, and it is feared that as many as 350 million may die before the outbreak is contained (25% of the global population). The outbreak has spread to the Philippines, Vietnam, North Korea, and now South Korea, and there are concerns that it could spread to other parts of East Asia and the world. The outbreak has also provoked China to wave all tariffs on imported pork, a major foodstuff in the country, provoking an increase in intensive Pig farming in other parts of the world - something which may also make the countries where this expansion has occured more vulnerable to the disease. 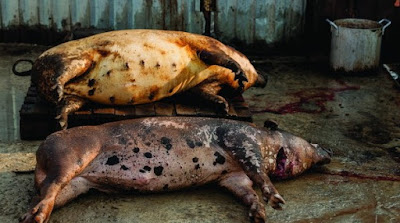 Pigs that have died after becoming infected with African Swine Fever in South Korea. Pig World. 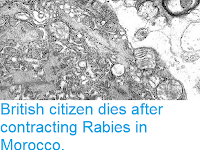 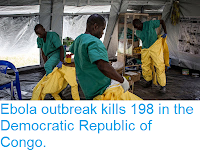 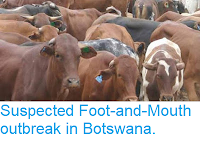