Three new species of Fern from the Middle Triassic of northern Italy.

Middle Triassic plant fossils have been collected from the Dolomites for at least a century and a half. These Triassic floras were dominated by Conifers, and were long thought to have lived in an arid climate, though recent palynological studies (studies of fossil pollen) have suggested a more diverse flora, indicative of a warm, humid climate.


In a paper published in the journal Acta Palaeontologica Polonica on 23 October 2012, Evelyn Kustatscher of the Naturmuseum Südtirol, Elio Dellantonio of the Museo Geologico delle Dolomiti and Johanna van Konijnenburg van Cittert of the Naturalis Biodiversity Center in Leiden and the The Netherlands and Laboratory of Palaeobotany and Palynology, discus the discovery of a new fossil site at Monte Agnello, where the flora is dominated by Ferns rather than Conifers. The fossils are preserved under layers of volcanic ash, suggesting preservation was facilitated by means of rapid burial during a volcanic eruption. The fossils show good preservation of the three dimensional structure of the leaves, but are preserved as external molds rather than carbonized tissues, so no internal structure is retained. Three new species of ferns are described in this study.

The first new species is placed in the genus Phlebopteris, and given the specific name fiemmensis, in reference to the Fiemme Valley, where the fossils were found. This is the oldest species in the genus to have been described, though some slightly older fragmentary remains are known from Germany and Antarctica; the genus is rare in the Triassic but becomes abundant in the Jurassic and Cretaceous. Phlebopteris fiemmensis is also the oldest described species of the Family Matoniaceae, Palm-like Ferns with living relatives in southeast Asia and Indonesia. The species os described from three partial fronds which between them show the venation and fertile structures of the leaves. 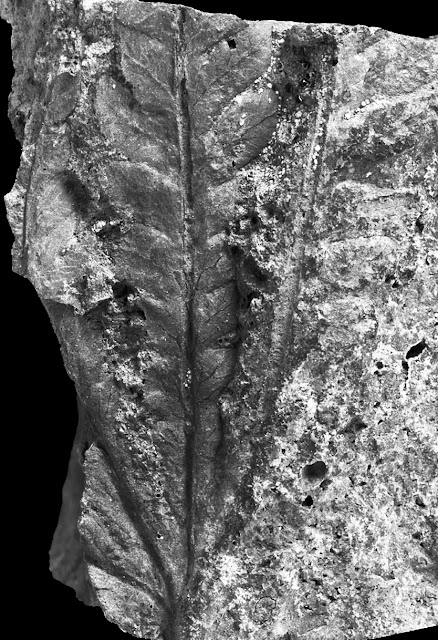 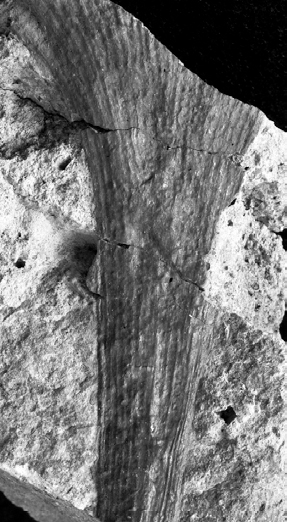 The third species is placed in the genus Cladophlebis, and given the specific name ladinica, in reference to the price stratigraphic stage the fossils derive from; the Ladinian, or late Middle Triassic, from roughly 242 to 235 million years ago. The precise affinities of Cladophlebis are unknown, but it is thought to be related to modern Ferns. Cladophlebis ladinica is described from two fronds with preserved venation and the arrangement of pinnules shown. 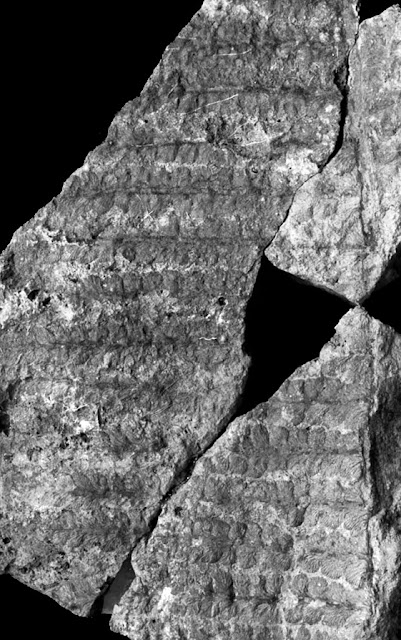