A 63-year-old woman was killed when a landslide struck her house near Kaiteriteri in the Tasman District of South Island, New Zealand, at about 1.00 pm local time (1.00 am GMT) on Sunday 16 June 2013. The woman, who lived on her own, was apparently ejected from the house when it was struck by the landslide, which started about 200 m upslope of the property, according to local police. The building was knocked off its foundations by the force of the impact, and carried some way downhill. 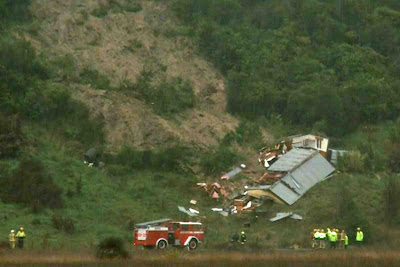 Emergency services at the sight of the Kaiteriteri Landslide. Patrick Hamilton.


The Landslide occurred after eighteen hours of heavy rain. Landslides are a common problem after severe weather events, as excess pore water pressure overcomes the sediments cohesion and allows it to flow downhill. Approximately 90% of all landslides are caused by heavy rainfall.

The incident comes amid widespread flooding in the area, where several rivers have bust their banks. There have been a number of other landslides, though no other casualties have been reported. 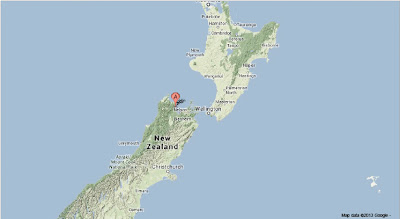 The location of the Kaiteriteri Landslide. Google Maps.