An explosive eruption on Mount Shiveluch on the Kamchatka Peninsula threw ash cloud to an altitude of 9000 m on the morning of Monday 10 June 2013, according to the Geophysical Service of the Russian Academy of Sciences. The initial eruption has been followed by an ongoing eruption sustaining an ash column averaging 6.9 km. This is a large eruption, but is unlikely to cause any problems for anyone, since few people choose to like close to the more-or-less constantly active volcano. 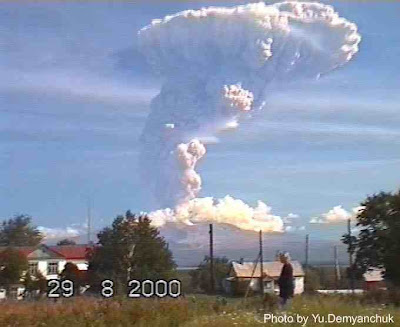 
The volcano has been producing lava flows throughout May, and last produced an ash column in April - something it typically does several times a year. Ash from Shiveluch last reached the closest settlement, Ust-Kamchatsk, 85 km to the southeast, in October 2010, when an explosive eruption also destroyed much of a lava dome that had formed on the volcano, forming a new crater at the summit. 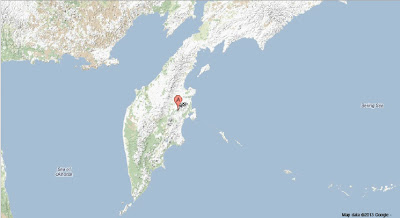