Mount Veniaminof is a 2500 m high, glacier covered, stratovolcano (cone-shaped volcano) located on the Alaskan Peninsula 775 km southwest of Anchorage. It is one of Alaska's more active volcanoes, having undergone 13 major eruptions in the last 200 years, and is actively monitored by the Alaska Volcano Observatory. The volcano is far from any inhabited area and presents little danger to people on the ground, but has the potential to become a hazard to aviation.


On 6 June 2013 the Alaska Volcano Observatory recorded an increase in seismic activity (earthquakes) beneath Mount Veniaminof, and raised the Alert Code for the volcano from Green to Yellow. On 8 June a webcam monitoring the volcano detected a steam plume, which has persisted intermittently over the following few days, with reports of small amounts of ash being ejected ans reaching heights of 200-300 m, during which time seismic activity has continued to increase gradually. 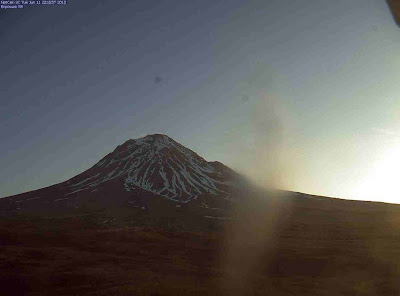 The volcanoes of the Alaskan Peninsula and Aleutian Islands are fed by magma rising from the Pacific Plate, which is being subducted beneath the North American Plate to the south. As the subducting plate sinks into the Earth it is subjected to enormous heat and pressure, causing more volatile minerals to melt. These then rise through the overlying North American plate as magma, fueling the Alaskan volcanoes. 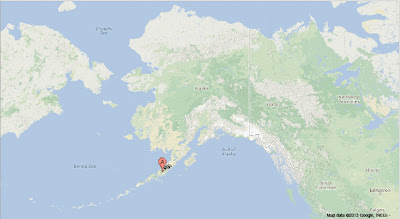