The United States Geological Survey recorded a Magnitude 4.5 Earthquake at a depth of 2.6 km, 6 km to the north of The Geysers in Sonoma County, northern California, slightly before 12.25 pm local time (slightly before 8.25 pm GMT) on Sunday 12 January 2014. There are no reports of any damage or casualties associated with this event, though people in the area reported feeling strong shaking for 15-20 seconds. 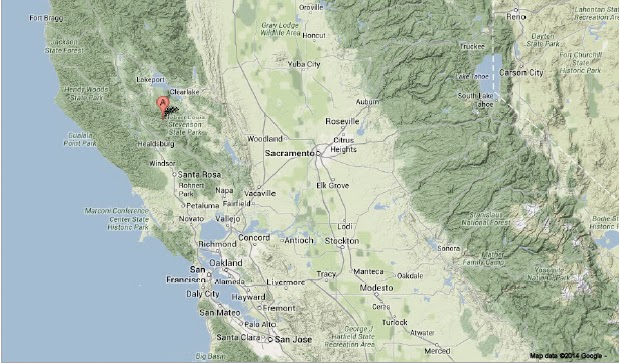