Around 300 000 still without water following chemical spill in West Virginia.

Around 300 000 people across nine counties are still without water supplies  following a chemical spill in Charleston, West Virginia, on Thursday 9 January 2013. Around 18 900 liters of 4-methylcyclohexanemethanol leaked from a holding tank at a plant owned by Freedom Industries into the Elk River, slightly upstream from the Kanawha Valley water treatment center which takes water from the river for domestic use. Within 24 hours over 650 people called the West Virginia Poison Center with complaints including nausea, dizziness, rashes, vomiting, headaches and diarrhea, and 32 sought treatment in hospitals, four of which have been kept for further treatment as inpatients. A number of cases of animal exposure have also been reported. Local authorities are recommending mains water supplies are used only for flushing toilets until the situation is resolved, with bottled water to be used for washing, drinking and cooking. 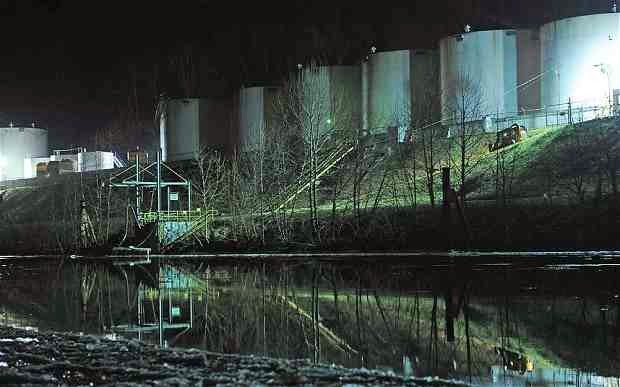 4-methylcyclohexanemethanol is a fatty alcohol used as a frothing agent during coal cleaning in the US; which is to say it is mixed with crushed coal and binds to impurities, then floats to the surface of water, producing a cleaned coal product that burns to produce water and carbon dioxide, whereas 'dirty coals' tend to produce significant amounts of (toxic) carbon monoxide and (acidic) sulphur compounds. The dangers of human exposure to 4-methylcyclohexanemethanol have not been well studied, however it is known that high exposure levels can cause damage to the liver, kidneys, lungs and heart, and that these effects are potentially lethal.