A landslide in the Charles Village neighbourhood of Baltimore has spilled a section of road and several parked cars onto a railway line. Part of East 26th Street Collapsed onto the CSX rail line, which carries containers to Seagirt Marine Terminal from about 2.30 pm onwards. While there are no reports of any injuries, houses on the opposite side of the road have been evacuated as a precaution, a nearby school closed, and it is unclear how long it will be before the rail line is able to reopen. 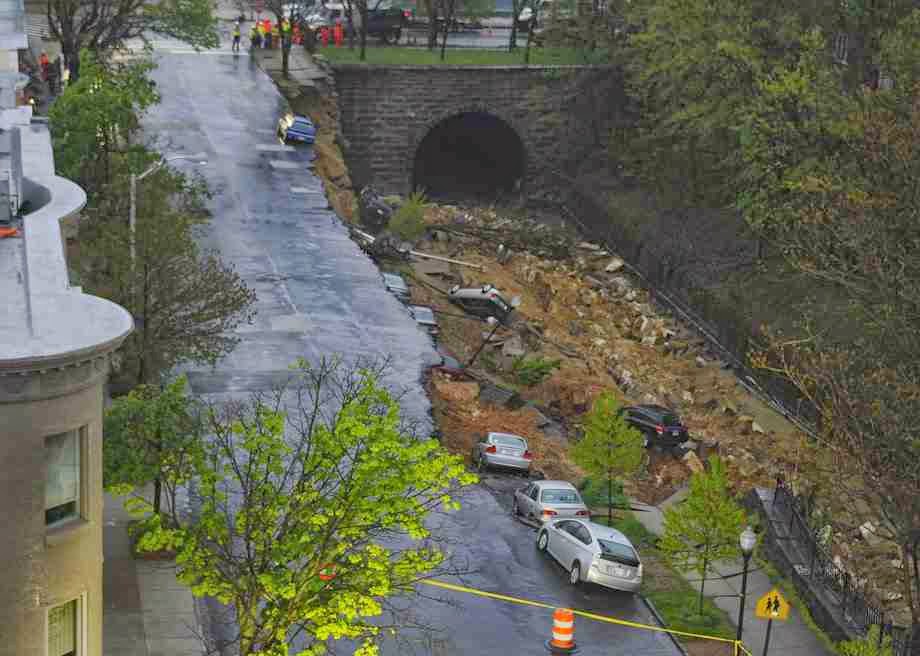 The Charles Village landslide seen from a nearby rooftop. Karl Merton Ferron/Baltimore Sun.

The landslide occurred after the failure of a 120-year-old retaining wall that was known to have had problems. About 106 mm of rain had fallen in Baltimore by 6.00 pm local time on Wednesday 30 April, bringing to end the city's wettest April on record. Landslides are a common problem after severe weather events, as excess pore water pressure can overcome cohesion in soil and sediments, allowing them to flow like liquids. Approximately 90% of all landslides are caused by heavy rainfall. The previous wettest April recorded in Baltimore occurred in 1889, when 221 mm fell in the entire month. Most years Baltimore receives less than 80 mm of rain during the entire of April. 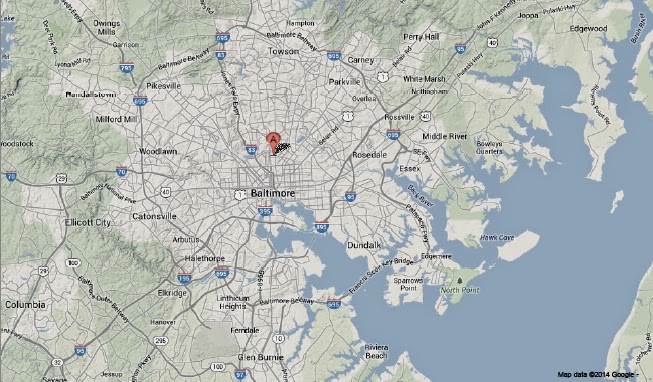 Some reports have described this incident as a sinkhole (which occurs when soft sediments are eroded away causing part of the surface to collapse downward) rather than a landslide (sideways movement of sediments that have lost cohesion down a pre-existing slope or cliff), apparently based upon early pictures of the event, which showed part of the street subsiding before the complete collapse of the retaining wall. However scientists from the Maryland Geological Survey have stressed that this was in fact a landslide, the subsidence simply being the first visible symptom of the event, caused by sideways movement of the wall before its collapse (a distinction that may prove important, as Baltimore City Council and the CSX rail network have sparred over responsibility for maintenance in the area). It is likely that the failure was caused by the heavy rainfall overwhelming buried drainage pipes ad causing them to burst, before washing away sediments beneath the wall. 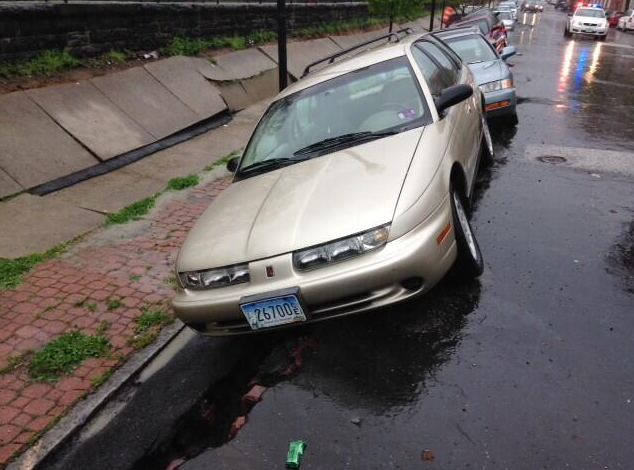 The early development of the Charles Village landslide, apparently showing the formation of a sinkhole rather than the onset of a landslide. Nels Schumacher/Baltimore Sun.

Homes evacuated after sinkhole opens up in Harrisburg, Pennsylvania.