Porpoises (Phocoenidae) are small Whales, related to Dolphins (Delphinidae). They tend to have shorter snouts than Dolphins, with flattened, spade-shaped teeth, as opposed to the conical, pointed teeth of Dolphins. They are among the smallest and shortest lived Whales, ranging from 1.2 to 2.3 m in length and typically reaching sexual maturity at about eight years, with some species doing this as young as six. The group has a fairly good fossil record and appear to have divulged from Dolphins in the early Miocene, around 15 million years ago.

In a forthcoming paper in the journal Acta Palaeontologica Polonica, available online since 16 August 2013, Mizuki Murakami of the Graduate School of Creative Science & Engineering at Waseda University, Chieko Shimada of the Mineral Industry Museum at Akita University, Yoshinori Hikida of the Nakagawa Museum of Natural History and Hiromichi Hirano of the Department of Earth Sciences at the Faculty of Education and Integrated Arts and Sciences at Waseda University, describe a fossil Porpoise from the Lower Pliocene Koetoi Formation of Tempoku Basin of northern Hokkaido.

The specimen is described from a premaxilla, maxilla, the anteriormost portions of the palatines, a partial mandible, two isolated teeth, seven cervical vertebrae, eight thoracic vertebrae, three lumbar vertebrae and at least eight ribs. It is not assigned to a species because of its fragmentary nature, but shows some interesting traits. 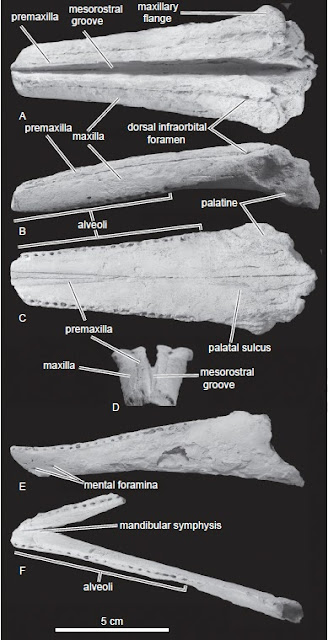 Most notably the specimen is considered to be a sexually mature animal aged about four years. This is younger than maturity is reached in any modern Porpoise, suggesting that the evolutionary history of Porpoises has been more complex than simply Whales getting smaller and maturing earlier. 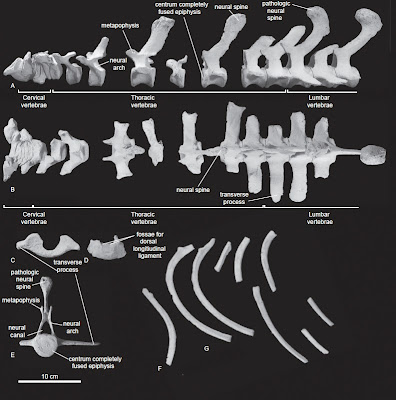