The United States Geological Survey recorded a Magnitude 2.5 Earthquake at a depth of 8.5 km on the boundary between San Diego and Riverside Counties slightly before 9.40 am local time (slightly before  4.40 pm GMT) on Thursday 26 September 2013. This is not a large quake, and is unlikely to have caused any damage or injuries, but is likely to have been felt locally. 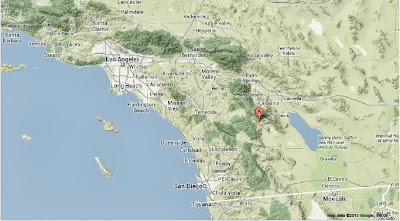