Caliothrips chiapas: A new species of Thrips from Mexico.

Thrips are tiny (usually less than one millimetre) Insects with greatly reduced wings that resemble feathery stubs. They are plant-parasites, with some species being significant agricultural pests, but due to their small size are often overlooked, and apart from a few species with major economic impact, are not well studied. The genus Caliothrips is apparently one of the best known Thrips groups, with twenty-two described species from across the tropics, however almost nothing is known about most of these species beyond brief descriptions made when they were named.

In a paper published in the journal Zootaxa on 12 July 2017, Laurence Mound of the Australian National Insect Collection, and Francisco Infante of El Colegio de la Frontera Sur describe a new species of Caliothrips from Chiapas State in southern Mexico.

The new species is named Caliothrips chiapas in reference to the state where it was discovered. The species is brown and yellow in colour with females reaching slightly over a millimetre in length, and the males a little smaller. The species was found living on the leaves of the Little Sunflower (Girasolillo), Tithonia tubiformis, but, significantly, not on its flowers, nor on any other species of plant found nearby. Interestingly the flowers were home to a range of other Thrips, none of which were found on the leaves. This suggests that Thrips are particular, not just in what plants they live upon, but in what plant of the plant they inhabit. Such information is recorded for very few species of Thrips, with many species, particularly in the tropics, known only from individuals obtained by beating plants to see what drops out. 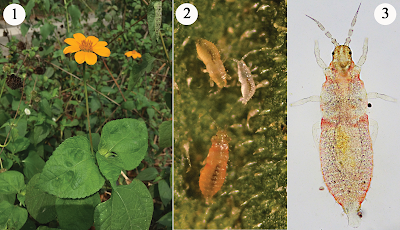 Caliothrips chiapas was found growing on plants around the edge of a Pineapple field in the municipality of Frontera Hidalgo in Chiapas State, close to the border with Guatemala. 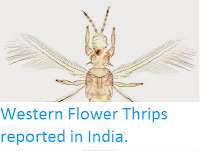 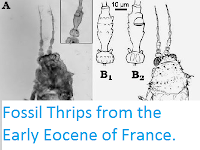 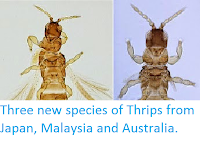 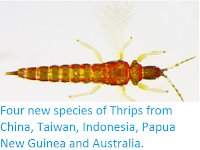