Pyraloid Moths of the Subfamily Spilomelinae are diverse and global in distribution, with over 3300 species in over 300 genera. The genus Nagiella currently contains three species, with large widespread populations found across Burma, China, Japan and Malaysia. However, these are small and dull coloured Moths, and are not well studied, making it possible that these widely distributed species may in fact represent clusters of similar appearing species that have not yet been differentiated.

In a paper published in the journal ZooKeys on 8 June 2017, Misbah Ullah, Zhaofu Yang, Pingping Qiao and Yalin Zhang of the Key laboratory of Plant Protection Resources and Pest Management at Northwest A&F University describe new species of Nagiella from Shaanxi and Hubei Provinces, discovered as part of a study in which specimens apparently of the species Nagiella quadrimaculalis were collected from across a wide area of China then DNA sequenced to determine if that they were in fact the same species.

The new species is named Nagiella occultalis, meaning ‘cryptic’. It is described from three male specimens, two collected from Taibai Mountain in Shaanxi Province and one from Changleping town in Hubei Province. These are essentially similar to Nagiella quadrimaculalis, being yellowish brown to black with white spots on the wings, and with a forewing length of 15-16 mm, but were determined to be a separate language by DNA analysis. 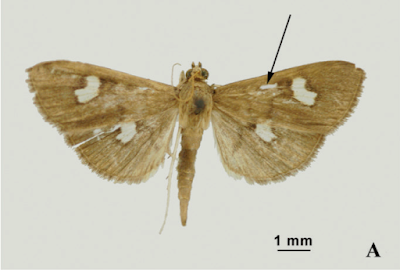 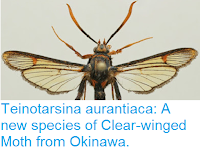 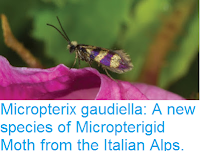 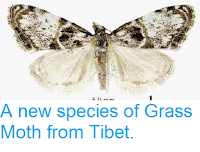 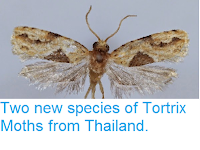