Magnitude 5.0 Earthquake to the northeast of West Nusa Tenggara, Indonesia.

The Badan Nasional Penangulanggan Bencana (Indonesia's Disaster Mitigation Agency), reported a Magnitude 5.0 Earthquake about 50 km to the northwest of the city of Bima, on West Nusa Tenggara island, at about 10.30 pm local time (about 2.30 pm GMT) on Thursday 13 July 2017. There are no reports of any damage or injuries associated with this event, though people have reported feeling it on East Nusa Tenggara Island.

The approximate location of the 13 July 2017 West Nusa Tenggara Earthquake. Google Maps.
West and East Nusa Tenggara form part of the Lesser Sunda Islands, which are located on the northern part of the Timor Microplate. This is trapped between the converging Eurasian and Australian Plates, both of which are being subducted beneath it. In the south the Australian Plate is passing under the island of Timor, with material from the subducted plate melted by the friction and the heat of the Earth's interior rising through the Timor Plate to feed the volcanoes of the island. In the north the Eurasian Plate is being subducted in the same way, feeding the volcanoes there.

The subduction zones beneath the Timor Microplate. Hamson (2004). 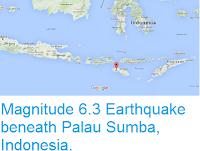 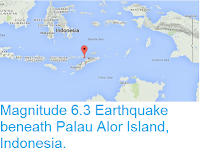 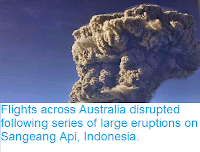 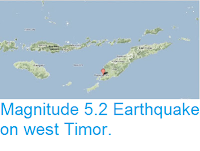 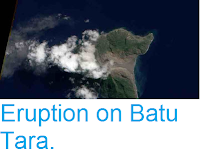 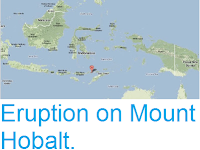