Landslide kills four in the Huehuetenango Department of Guatemala.

Four people have died and another one has been badly injured following a landslide near the city of Aguacatánin the Huehuetenango Department of Guatemala. The landslide occurred in the village of Xenaxicul at about 6.30 am local time on Wednesday 30 October 2019, when part of a cliff face collapsed beneath a family home following heavy rains in the area. Landslides are a common problem after severe weather events, as excess pore water pressure can overcome cohesion in soil and sediments, allowing them to flow like liquids. Approximately 90% of all landslides are caused by heavy rainfall. The dead have been identified as Francisco Mejia Lux, 39, and his sons Feliciano Mejía Tum, 10, Fredy Gaspar Mejía Tum, 6, and Enso Arael Mejía Tum, 2, and the injured person as Juan José Mejía Tum, 16, also a son of Francisco Mejia Lux. The boys mother, Catarina Tum Luc, 36, was outside the house at the time of the collapse and survived. 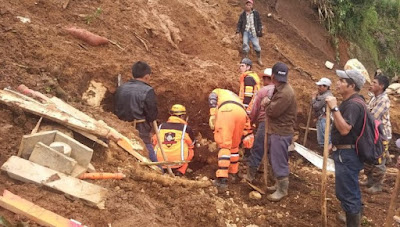 The incident happened in an impoverished mountainous region considered to be highly prone during the annual rainy season, which lasts from mid May to early November. These rains are fuelled by warm, moisture-laden winds coming off the Caribbean Sea during the hot summer months, moisture which can be lost rapidly when the air encounters cooler conditions, such as when it is pushed up to higher altitudes as it encounters the mountains of the Guatemalan interior. 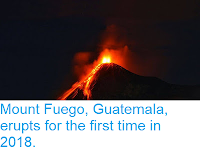 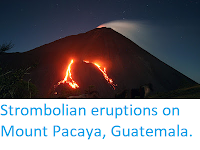 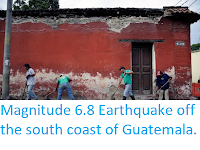 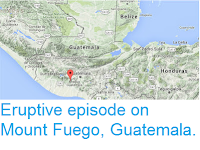