The naupilus is an early stage in the development of many groups of Crustaceans. Naupilus Larvae have only three sets of limbs; those of the head of a adult Crustacean, the antennulae, antennae, and mandibles, these being used for (rather limited) locomotion, and a single eye (the naupiler eye) which is usually lost as the Crustacean matures. The fossil record of Naupilus Larvae is poor; they are known from Lower Cambrian deposits in China and the Lower Ordovician Orsten Limestones of Sweden, but such ancient larvae are difficult to connect to any modern group of Crustaceans.

In a paper published in the journal Palaeontologica Electronica in August 2012, a team of scientists led by Carolin Haug of the Department of Geology and Geophysics at Yale University and the Zoological Institute and Museum at Cytology and Evolutionary Biology at the University of Greifswald discuss a collection of Naupilius Larvae from the Early Devonian Windyfield Chert at Rhynie in Aberdeenshire in Scotland.

The Windyfield Chert is a Fossil Lagerstätte (rich fossil source) formed around a geothermal spring, close, and presumed to be related, the better known Rhynie Chert, but only discovered in 1997; it has yielded numerous Arthropod and Plant remains.

Haug et al. discuss a series of 79 well preserved Naupilus Larvae from Windyfield, and try to assess their affinities. They could not find good evidence linking the larvae to any adult Crustacean known from Windyfield or Rhynie, nor could they place the larvae in any known group with any confidence. The modern larvae to which the Windyfield Naupili showed the closest resemblance were those of the Ascothoracida, a small group of much reduced Crustaceans parasitic on Echinoderms. However Echinoderms, and therefore Ascothoracids, are exclusively marine in habit, and the Windyfield and Rhynie Cherts are thought to have been produced at volcanic springs far from the sea, so this seems highly unlikely. Neither is any group close to the Ascothoracids known to inhabit non-marine environments, suggesting that any resemblance between the Windyfield Larvae and modern Ascothoracid Larvae is entirely coincidental, the result of convergent evolution rather than evidence of a close relationship. 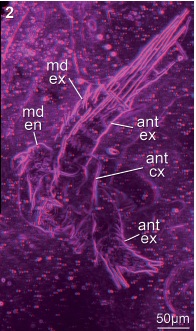 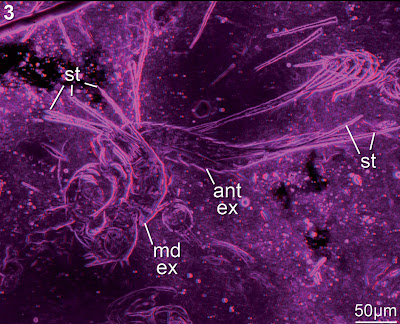 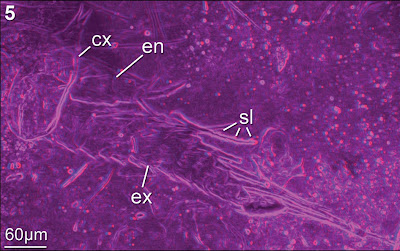 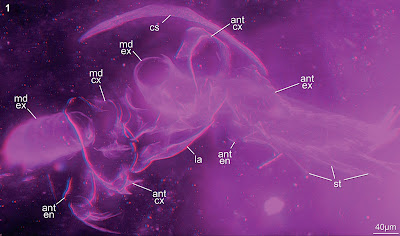 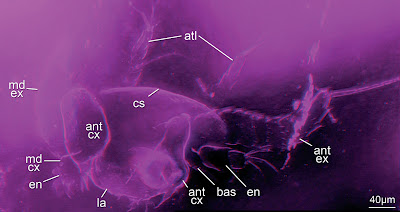 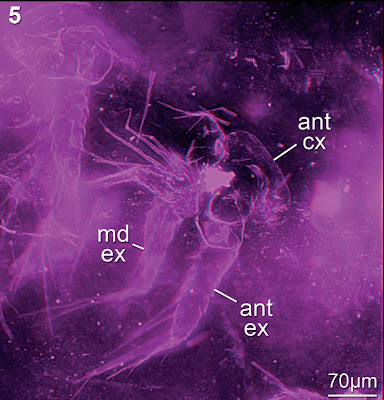 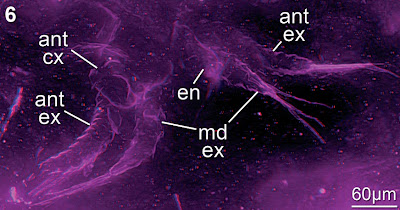 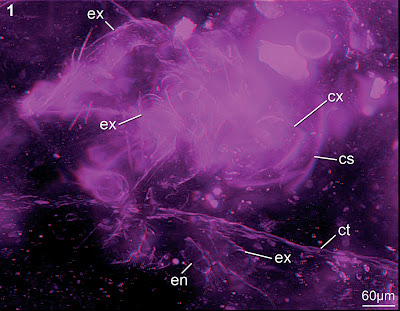 See also A fossil Insect from the Late Devonian of Belgium, A new species of Barnacle from Taiwan, Two new species of freshwater Isopod Crustaceans from Lake Pedder in Tasmania, The enigmatic Carboniferous Arthropod Camptophyllia and Marine Invertebrates on Sciency Thoughts YouTube.