Fungus Gnats are small (2-5 mm) flies with larvae that feed on fungi and plant roots, for which reason they are often considered a pest, though most species are essentially harmless. The adults are short lived, but play an important role in the pollination of some plants, and the spread of some fungal spores.

In a paper published in The Raffles Bulletin of Zoology on 29 February 2012, Jan Ševčík of the University of Ostrava and Jostein Kjærandsen of the Museum of Zoology at the Department of Biology at Lund University describe two new species of Fungus Gnat from Southeast Asia and Australasia.

Both new species are placed in the new genus Brachyradia, which implies 'short radial vein'. 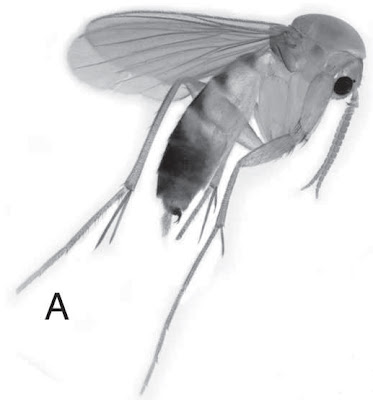 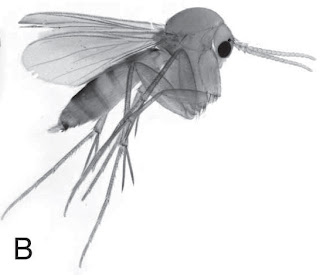