Chewing Lice are parasites living in the feathers of Birds (or occasionally the fur of Mammals). They are considered to be more primitive relatives of the more advanced blood-sucking lice; lacking the apparatus for sucking blood they either chew through the skin and lap blood from the resulting wound or simply eat the skin. The biodiversity of the group is not well studied, as the group has not been sampled in many parts of the world, and in many other places only studied on commercially important birds. Since it is likely that most Birds (and many Mammals) play host to unique Chewing Lice there are probably many more species than currently described. 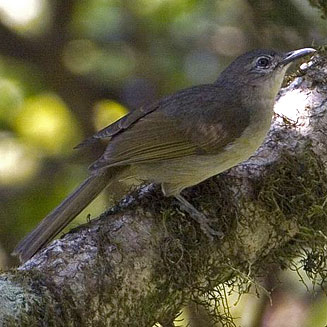 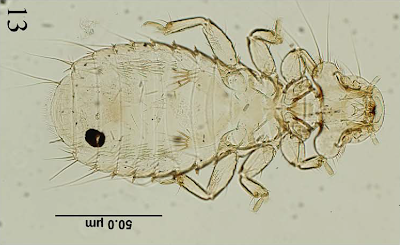 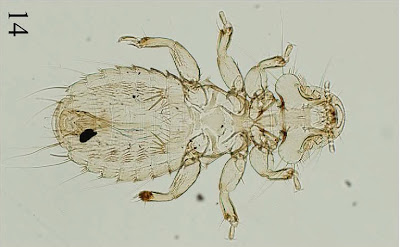 The second new species is named Myrsidea eslamii, in honour of Ali Eslami, a veterinary parasitologist at the University of Tehran. The species is described from 15 individuals all collected from Orange Ground-Thrushes (Zoothera gurneyi) in the Woodbush Forest Reserve. 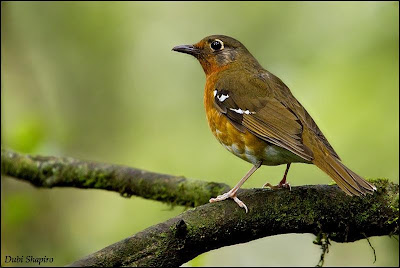 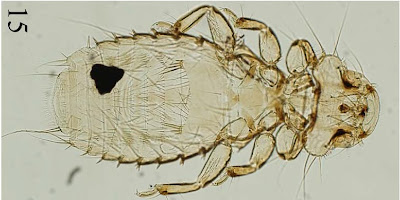 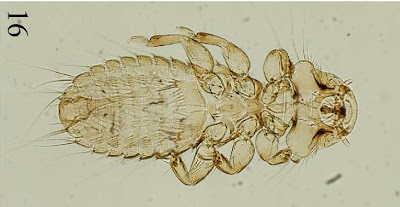 The third new species of Chewing Louse is named Myrsidea mariquensis, after the Mariqua Flycatcher (Bradornis mariquensis), the Bird on which it was found. The species is named from three individuals found on Flycatchers in the Woodbush Forest Reserve. 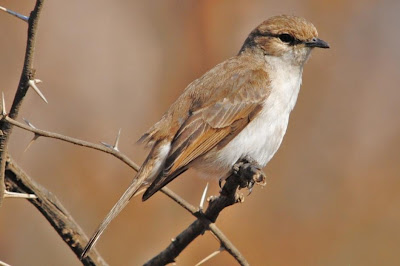 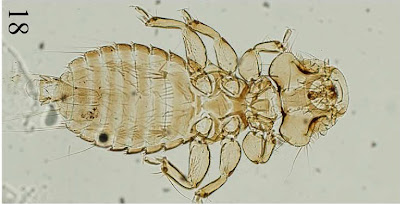 See also The impact of the introduced Common Myna on the Birds of Canberra, Three new species of Chewing Lice from Bulbuls in northern Vietnam and Giant Fleas from the Jurassic of China.