On Friday 21 September 2012, a few seconds before 10.30 am British Summertime (a few seconds before 9.30 am GMT) the British Geological Survey recorded a Magnitude 1.4 Earthquake 2 km beneath the village of Comrie in west Perthshire, Scotland. Less than a day later, slightly before 8.40 am British Summertime (slightly before 7.40 am GMT) on Saturday 22 September, a second Earthquake, with a magnitude of 1.1, was recorded at a similar depth, 1.2 km to the northeast. These are small quakes, unlikely to cause any damage or casualties, and quite often to small to be noticed; although on this occasion the first was definitely recorded by witnesses in the village. 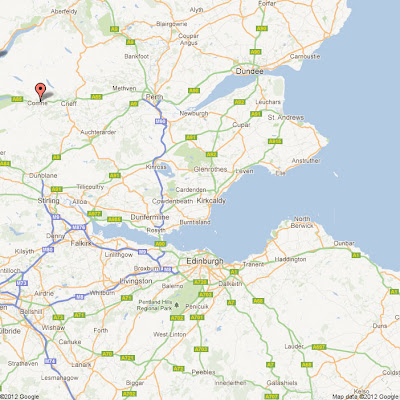 As a rough rule of thumb, when you travel further to the north and west in Great Britain Earthquakes become more frequent, making Scotland (in particular western Scotland) the most quake prone area of the country. The precise causes of British Earthquakes can be hard to determine, as the country is not close to any active plate boundary, but is subject to tectonic stresses from a number of different sources.

Comrie lies on the Highland Boundary Fault; a suture that formed with the closure of the ancient Iapetus Ocean, roughly 500 million years ago, welding the ancient continents of Laurentia and Avelonia together as part of the Pangean Supercontinent, and incidentally causing the uplift and folding that formed the Caledonian Mountains. Prior to this event Scotland north of the fault formed part of Laurentia, an ancient continent mostly now part of North America, whereas Scotland to the south, was attached to Avelonia, along with England, Southern Europe and America east of the Catskills. However this is ancient history even by geological standards, and the fault is unlikely to be a cause of contemporary Earthquakes. 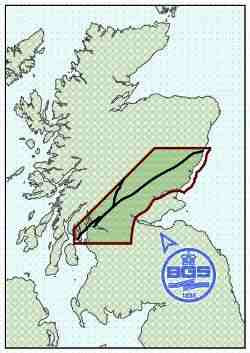 Scotland (along with the rest of Eurasia) is being pushed to the east by the expansion of the Atlantic Ocean and to the north by the impact of Africa into Europe from the South. Closer to home there are lesser centers of expansion beneath the North Sea, the Rhine Valley and the Bay of Biscay, all of which excerpt pressure on Scottish rocks. Finally there is glacial rebound; until about 10 000 years ago much of the UK was covered by a thick layer of ice, pushing the rocks of the lithosphere down into the underlying mantle; this ice is now gone and the rocks are (slowly) rebounding, causing the occasional Earthquake in the process.

Witness accounts of Earthquakes can help geologists to understand these events, and the rock structures that cause them. If you felt either of these quakes you can report it to the British Geological Survey here. If you were in the area but did not feel the quakes then this information is also potentially useful and can also be reported.