The Horniman Museum in London has agreed to return a collection of 72 objects looted from Benin City, in modern Edo State, Nigeria, according to a press release issued on 7 August 2022. The museum received a formal request for the return of the objects from the Nigerian National Commission for Museums and Monuments in January 2022, and, following a consultation with community members, visitors, schoolchildren, academics, heritage professionals and artists based in Nigeria and the UK, has decided to return the objects, stating that the objects were clearly obtained by force, and that it is both moral and appropriate to hand them back. Having received endorsement for this course of action from the Charity Commission (the body in the UK which ensures that charities do not misuse funds or assets), the museum will now go ahead with returning the objects. 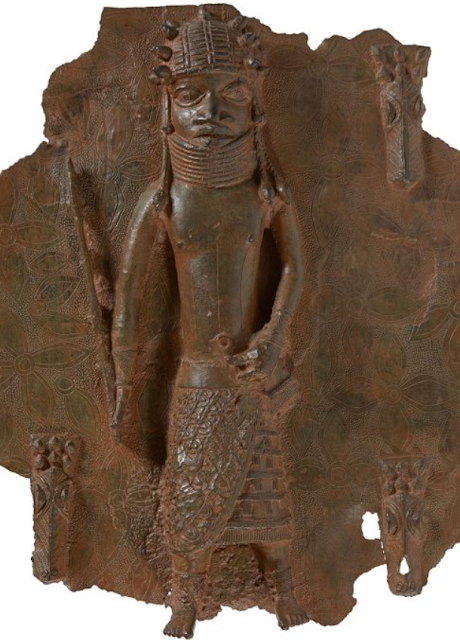 The objects to be returned by the Horniman Museum include twelve brass plaques, a variety of brass and ivory ceremonial objects, including a brass cockerel alter piece and several brass bells, a key to the king's palace, and every day objects such as fans and baskets. 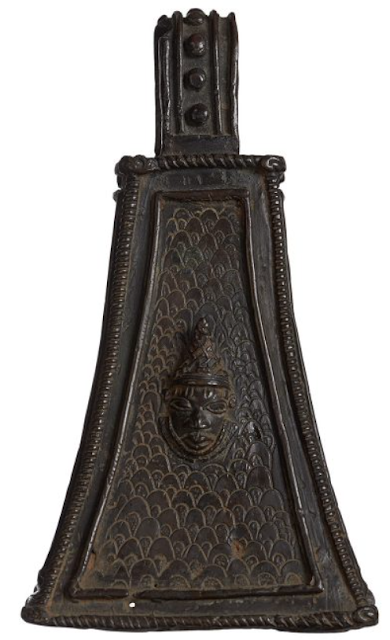 The Kingdom of Benin dates back to at least the twelth century, and covered much of what is now southwest Nigeria. The Oba (King) of Benin ruled from his capital, Edo, which (slightly confusingly) is now the modern city of Benin in Edo State, Nigeria. By the 1890s the Benin had become a major exporter of Palm oil to British traders on the Niger Delta, but in 1896, following a dispute over taxes, the Oba (King) of Benin cut off this supply of oil. The Acting Consul-General of the Protectorate of Nigeria, James Robert Phillips, drew up plans to invade the state and overthrow the Oba, but these were rejected by the British Foreign Secretary, Lord Salisbury. Instead, Philips dispatched an expedition to 'negotiate' with the Oba, which included 250 soldiers and a pipe band. This force was interpreted as an invasion by the Iyase (commander in chief of the army) of Benin, who dispatched a force to intercept the party. The two forces met at Ughoton, with the British force being defeated and the majority of its leaders either killed or captured. This was used by Philips to justify a much larger 'punitive' expedition, under the command of Rear-Admiral Harry Rawson. On 9 February 1897 Rawson invaded Benin with a force of 1200 heavily armed soldiers and marines, with the city of Edo falling on 18 February. The city was subsequently lootied of its rich artwork, with individual soldiers, sailors and marines stripping not just the royal palaces and major temples of the city, but also smaller shrines and the homes of individual citizens. These artefacts were subsequently shipped back to the UK, and disposed of as their new owners saw fit, either being sold privately to museums or collectors, or retained as mementoes of the expedition. 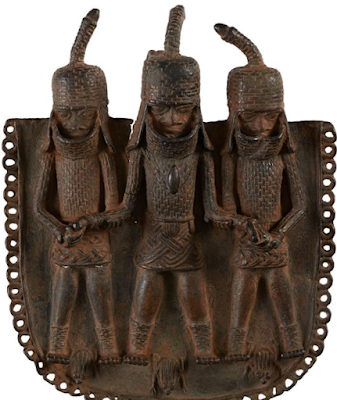 This essentially random looting and subsequent sale of artefacts from Benin makes it very hard to know how many objects were taken, and renders almost impossible any hope of understanding the original context of many of the artefacts. This kind of haphazard looting was fairly typical of European colonial forces in Africa (and elsewhere), something which was made worse by subsequent claims that African peoples, now stripped of much of their heritage, actually lacked any meaningful history. While the events surrounding the looting of Benin and other African cities cannot be undone, it is hoped that the return of African artworks and cultural objects will at least go some way towards undoing the perception that Africans were not capable of making these artefacts in the first place.