The United States Geological Survey recorded a Magnitude 5.6 Earthquake at a depth of 35.0 km roughly 149 km to the southwest of the city of Kokopo in East New Britain Province, Papua New Guinea, slightly after 3.35 pm local time (slightly after 5.35 am GMT) on Monday 8 August 2022. There are no reports of any damage or casualties associated with this event, but people have reported feeling it locally. 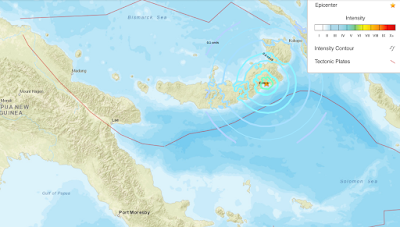 New Britain is located on the South Bismarck Plate, north of the Solomon Sea Plate, which is being subducted beneath it. The plates do not pass over one-another smoothly, but constantly stick together then break apart as the pressure builds up, causing Earthquakes in the process. 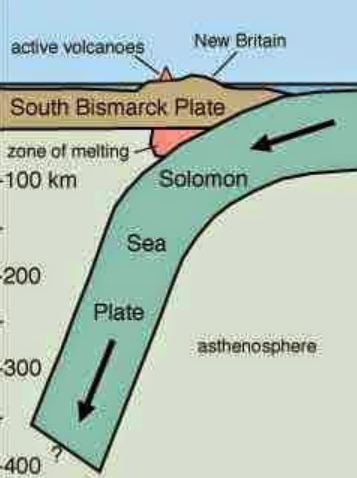 The subduction of the Solomon Sea Plate beneath New Britain. Oregon State University.