New species of Bromiliad from Brazil.

Bromeliads are monocotyledonous plants related to grasses. They are a diverse group, including many epiphytes (plants that grow on other plants, typically on the branches of trees), and a number of fleshy, succulent species dwelling in deserts. Bromiliads are noted for their tight whorls of leaves, that sometimes trap pools of water at the base. The group are almost entirely restricted to the American tropics, with a few subtropical species, and a single known species native to West Africa.

The new species is placed in the genus Orthophytum, Straight or Erect Bromiliads (so called because of their erect flower spikes) and given the specific name argentum, meaning silver, the leaves having a silvery sheen. It is a 24-34 cm plant, topped by an 11-18 cm flower spike, growing on quartzite rock outcrops between 1000 and 1300 m in altitude; its closest relatives are forest dwellers. 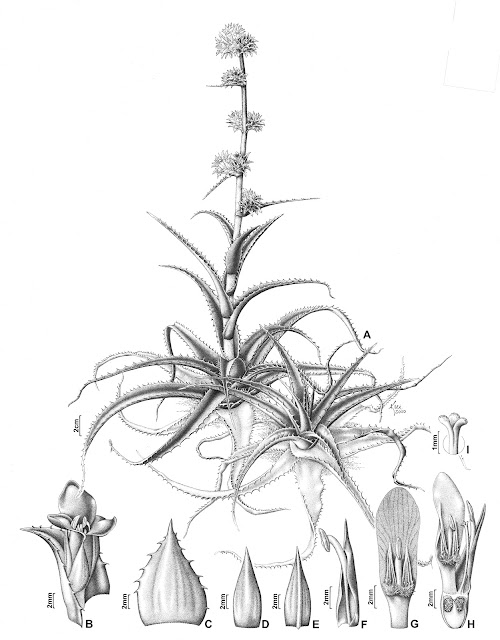