Soldier Flies are smallish (2-30 mm), often brightly coloured metallic or wasp-mimicking flies related to the Horse Flies and Snipe Flies. They have membranous wings which are kept folded back over their bodies. The larvae can be aquatic or terrestrial; terrestrial larvae tend to be generalist scavengers, whereas the aquatic forms are often specialist algae feeders. The adults tend to be rather inactive, and seldom move far away from the spawning areas.

In a paper published in the journal Zookeys on 30 May 2012, Yang Zai-Hua and Yu Jin-Yong of the Guizhou Academy of Forestry and Yang Mao-Fa of the Institute of Entomology at Guizhou University, describe two new species of Soldier Flies from the Liupanshan Nature Reserve in the Ningxia Hui Autonomous Region of northwest China.

The first species is named as Oxycera ningxiaensis, the Ningxia Soldier Fly, after the Ningxia Hui Autonomous Region, where it was found. It is a shiny black fly roughly 5 mm in length, slender, with an enlarged head and eyes. It is described from three adult male specimens, the female being unknown. 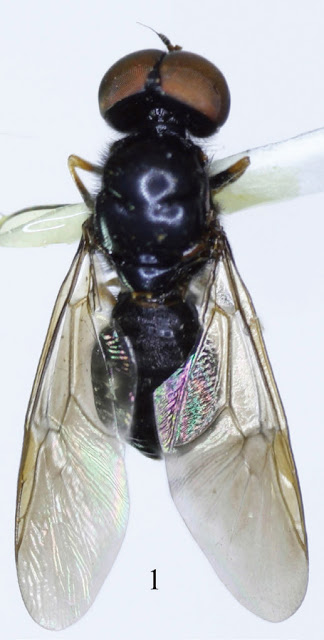 The second species is named Oxycera rozkosnyi, in honor of Rudolf Rozkošný of Masaryk University, an entomologist and expert on flies. It is described from a single female specimen, the male being unknown. O. rozkosnyi is a 6.3 mm black fly with yellow markings on the head, abdomen and thorax. 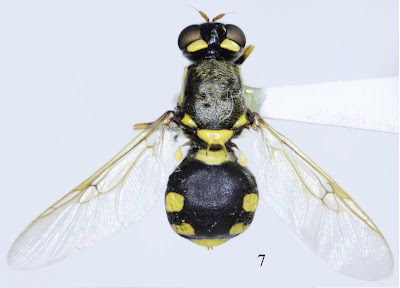