Dinosauriforms are the group of Archosaurs including the Dinosaurs and those species more closely related to them than to the Crocodilians or Pterosaurs. Within this group the Silesaurids are the branch most closely related to to the dinosaurs. They lived in the Middle-to-Late Triassic, but probably did not survive until the end of that period.


In a paper published in the journal Acta Palaeontologica Polonica on 11 July 2011, Christian Kammerer of the Division of Paleontology and Richard Gilder Graduate School at the American Museum of Natural History, Sterling Nesbitt of the Jackson School of Geosciences at the University of Texas at Austin and Neil Shubin of the Department of Organismal Biology and Anatomy at the University of Chicago, describe a new species of Silesaurid Dinosauriform from the Late Triassic of the Argana Basin in Morocco.

The new species is named as Diodorus scytobrachion; Diodorus being both a semi-mythical king of the Berbers and a Greek Historian (Diodorus Siculus) who wrote about North Africa, scytobrachion meaning 'leathery arm' in Greek, and being the name of another  Greek scholar (Dionysius Scytobrachion) who studied North Africa. It is described from a partial dentary, three isolated teeth, two humeri, a metatarsal and a femur; not all from the same individual, but which Kammerer et al. believe all come from the same species. 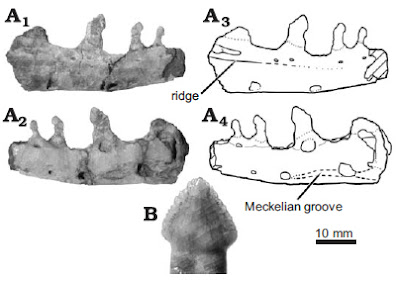 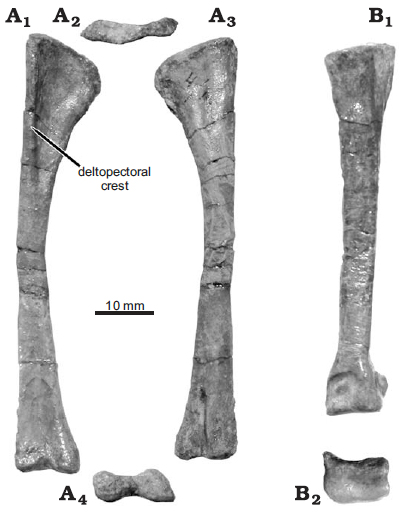 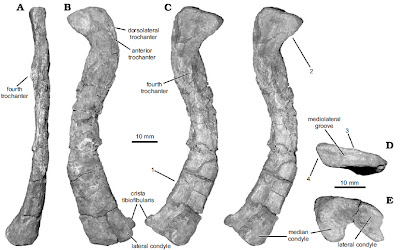