Echinoderms (Crinoids, Sea Urchins, Starfish etc.) are placed within a larger group of animals called the Deuterostomes by taxonomists. These are animals sharing a common form of embryonic development, whose affinity has now been confirmed by genetic studies. The other groups of Deuterostomes are the Chordates (Vertebrares, Lancets and Sea Squirts) and Hemichordates (Acorn Worms, Pterobranchs and the extinct Graptolites). Unlike other Deuterostomes, and advanced animals in general, modern Echinoderms are not bilaterally symmetrical, but instead they show pentameral radial symmetry, that is to say they have five identical body sections arranged around a central hub. 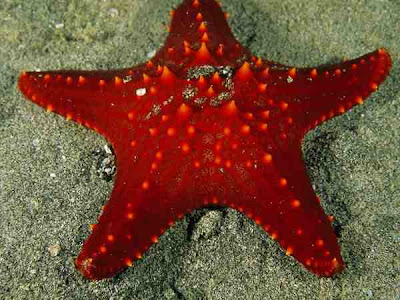 A Starfish provides an example of pentameral symmetry, each of its five arms is identical and they are arranged about a central hub. David Doubilet/National Geographic.

In a paper published in the journal PLoS One on 6 June 2012, Samuel Zamora of the Department of Palaeontology at The Natural History Museum in London, Imran Rahman of the School of Geography, Earth & Environmental Sciences at the University of Birmingham and Andrew Smith of The Natural History Museum in London discuss the discovery of a possible bilaterally symmetrical Echinoderm from the Middle Cambrian Murero Formation in the Moncayo Natural Park in northeast Spain.

The new fossil is named as Ctenoimbricata spinosa. It is a 20 mm disk-shaped animal with a clear anterior and posterior, covered in skeletal plates, apparently arranged symmetrically. It resembles members of the Ctenocystoida, a group of early Echinoderms which had an essentially symmetrical shape, but an asymmetrical arrangement of skeletal elements; this group have previously been considered as a candidate for the earliest Echinoderms, but it was unclear if their approximate symmetry  derives from a symmetrical ancestor or was a secondary characteristic; some modern Echinoderms are secondarily bilaterally symmetrical (such as Sand Dollars or Sea Cucumbers) so the Ctenocystoids could also potentially have evolved from a non-symmetrical ancestor. 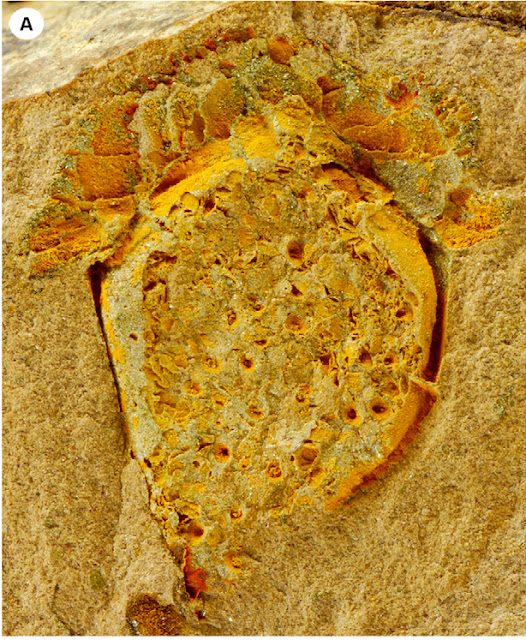 Two specimens of Ctenoimbricata spinosa were found, neither of which was in fact was completely symmetrical in shape. This is not that significant, as the fossils are slightly over 500 million years old, and few fossils of this age are completely undistorted. Zamora et al. carried out X-ray tomography studies of the samples at The Natural History Museum in London and the School of Dentistry at the University of Birmingham, which allowed them to build 3D models of the specimens. This revealed the structure of the individual plates covering the animals, which did indeed seem to be paired along the organism's central line, suggesting that the original animals were symmetrical in form. 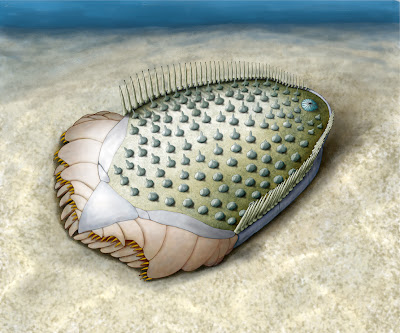 The origin of the Echinoderms, and the Deuterostomes in general, has long been a controversial subject in palaeontology, and studies and theories have been published before that were later rejected by the wider research community, so it remains to be seen if this study will stand up to wider scrutiny. Nevertheless Ctenoimbricata spinosa appears to be an important discovery in our search for the origins of the group, and our understanding of the origin of modern animal groups in the Cambrian.